Erdoğan to drop all lawsuits for insults against him 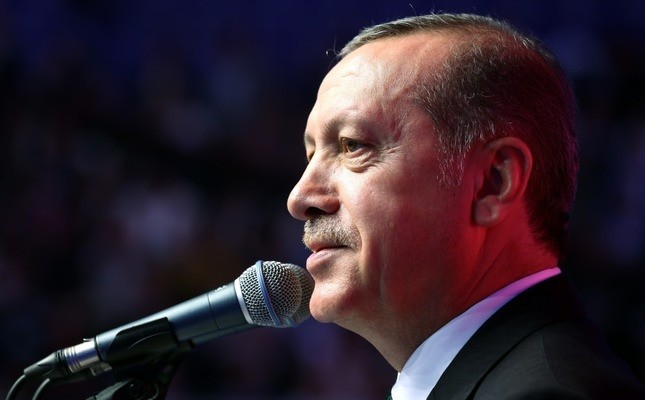 President Recep Tayyip Erdoğan said Friday that he was dropping all lawsuits against those charged with insulting him, a move which he said was triggered by the feelings of unity after the July 15 coup attempt.

Speaking in Ankara in the Presidential Palace at a commemoration event for those killed and wounded during the failed coup attempt, Erdoğan said that he was withdrawing these suits as a one-off gesture.

"For one time only, I will be forgiving and withdrawing all cases against the many disrespects and insults that have been levelled against me," he said.

"I feel that if we do not make use of this opportunity correctly, then it will give the people the right to hold us by the throat. So I feel that all factions of society, politicians first and foremost, will behave accordingly with this new reality, this new sensitive situation before us," Erdoğan said.

The petition presented to the courts underlined that the move was prompted by a sense of unity that emerged after the July 15 coup attempt.
In response, Kılıçdaroğlu decided to withdraw all lawsuits filed against Erdoğan as well.

Erdoğan, however, did not drop lawsuits filed against Gülenist Terror Organization (FETÖ) members and its linked figures, along with the executives of the Peoples' Democratic Party (HDP), which is being accused of having ties to the PKK terrorist group.

There were about 2,000 cases, including cases of insults directed to Erdoğan on social media.

Erdoğan also slammed the West for failing to show solidarity with Ankara over the failed coup and said those who try to lecture Turkey over post-coup process did not even send a single representative to offer condolences.