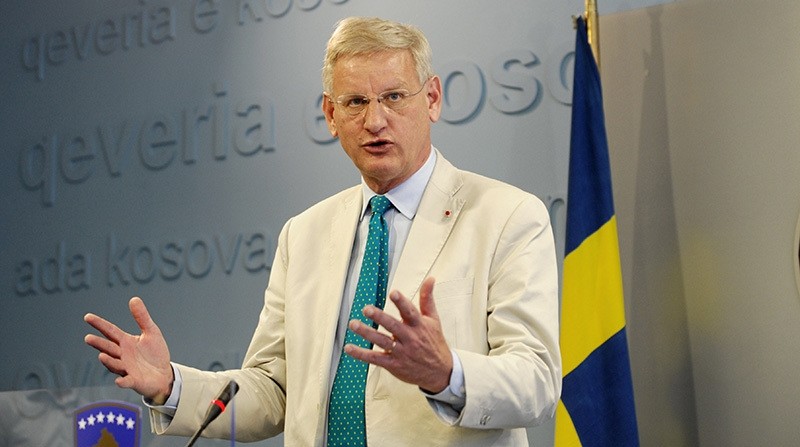 Former Prime Minister of Sweden and the co-chair of the European Council on Foreign Relations Carl Bildt urged Europe to display its support for the democratically elected government in Turkey and the prevention of the July 15 failed coup attempt carried out by agents of the Gülenist Terror Organization (FETÖ).

In an opinion piece entitled "Europe, stand up for Erdoğan" published on Politico, Bildt warned Europe that its failure to stand on the side of the government, President Erdoğan and the Turkish people could mean losing its moral authority, while he warned that the coup would have indirectly affected Europe had it been successful.

"Is Brussels asleep, or just ignorant?" Bildt asked, and continued by pointing at the consequences of the coup attempt if it was able to topple the government.

Bildt argues that a successful coup would have pushed Turkey in a civil war, with bloodshed on the streets, similar to the situation in Egypt after the 2013 coup.

He further notes that a civil war would mean millions of Turkish people fleeing to Europe, in addition to the Syrian refugees, whom the EU hesitated to welcome and signed a deal with Turkey to stop their flow.

"The EU would now be facing a refugee disaster of even larger magnitude than in 2015" Bildt added.

The former Swedish PM also noted that it took some time for the EU to condemn the coup attempt, while he criticized the EU for not sending any senior representatives to visit Turkey and said that EU should recognize Turkey has the right to take action to ensure it protects its constitutional order from those who want to bring it down.

"Now President Putin may be the first leader to meet with Erdoğan after the coup. If that happens, it will be a disgrace for Europe" Bildt ended the piece, urging all EU leaders to stand on the side of democracy, rather than a rebellious group of rogue soldiers in the military.

Military troops loyal to the government, along with police units and millions of Turkish citizens, succeeded on July 15 in quelling a coup attempt, launched by a small military junta linked to the FETÖ terrorist organization.

Turkey's government has repeatedly said the deadly coup attempt, which killed more than 230 people and injured nearly 2,200 others, was organized by U.S.-based preacher Fetullah Gülen's followers.