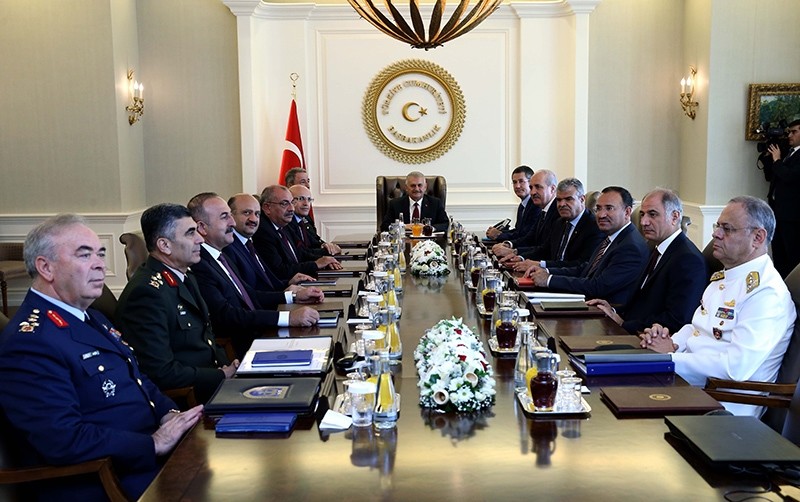 The council's decisions were approved by President Recep Tayyip Erdoğan on the same day.

Following the meeting, 584 colonels have been retired from the military while 434 colonels' service time has been extended by two years in a move to reduce the number of commissioned officers. This had long been recognized as more than was necessary for the military. The retired officers include 470 army colonels, 71 from the navy and 45 air force colonels.

The service period for commissioned officers was also decreased to 28 years.

The meeting was held after council members visited the Anıtkabir mausoleum of Mustafa Kemal Atatürk, founder of Turkish republic,

Several top ministers now have seats at the council as a result of a key reforms made in wake of the foiled July 15 coup.

Under a statutory decree issued last month during Turkey's three-month state of emergency, which is ongoing, deputy prime ministers as well as foreign, justice and interior ministers will now join the prime minister, chief of General Staff, defense minister, and other commanders in council meetings.

Following the five-hour meeting last month, the council had opted to keep General Hulusi Akar as chief of General Staff. It also decided to keep commanders of land, air and naval forces in their posts.