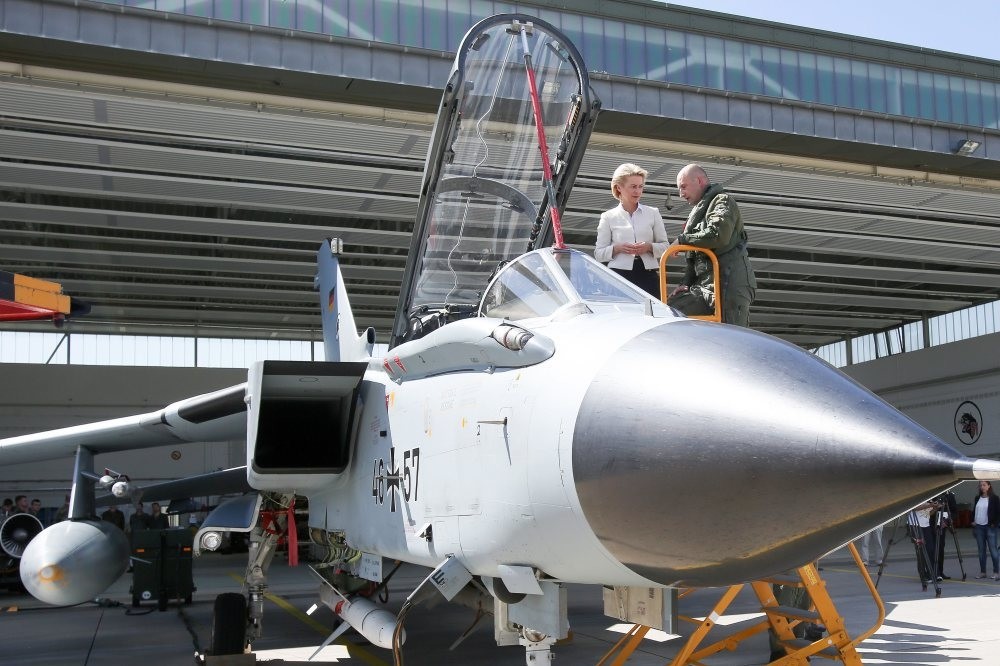 by Ali Ünal
Aug 26, 2016 12:00 am
On the same day that German daily Spiegel claimed the German military is preparing for the possible withdrawal of six Tornado reconnaissance jets from Turkey's İncirlik air base, German Minister of State for Europe Michael Roth expressed his hope that Germany's presence at the air base will continue. Meanwhile, defense industry experts emphasized that even if Germany withdrew its planes, their absence would not have a negative impact on Turkey's air defense or operations against DAESH.

Answering to Daily Sabah's question about allegations regarding the possible withdrawal of German planes deployed from the air base, Minister Roth stressed that cooperation between Turkey and German is more comprehensive than İncirlik air base. ''Our cooperation and alliance under the NATO coalition continues as cooperation among [NATO] countries is not only limited to İncirlik air base. I am hoping that Germany's existence and its entity in İncirlik will continue in the future,'' the minister said on Thursday in Ankara during a joint press conference with Turkish EU Minister Ömer Çelik. ''In fact the actual matter is the request of German parliamentarians to visit the İncirlik air base where German soldiers are deployed, and currently we are discussing this matter with our Turkish counterparts. I believe that it would be favorable to resolve this matter," he added.

The Social Democrats, junior partners in German Chancellor Angela Merkel's coalition government, are now insisting that Germany should withdraw its aircraft and troops from the base given Turkey's refusal to allow German lawmakers to visit the base.

Tension between Germany and Turkey sparked after a resolution passed by the Bundestag in June branded the 1915 Armenian events as "genocide." Foreign Minister Mevlüt Çavuşoğlu said in June that "the visit of non-military delegations and especially of politicians to the İncirlik air base is not seen as suitable," adding that military and technical delegations are free to visit İncirlik.

Since then, German parliamentarians have suggested the withdrawal of German troops in response to Turkey. "The German government must immediately find other bases for the German soldiers," the Spiegel quoted defense spokesman for the Social Democrats Rainer Arnold as saying.

Meanwhile defense industry experts believes that even if Germany decides to withdraw its six Tornado reconnaissance jets this would not have negative effects on Turkey's air defense. ''Germany sent the ECR variant of the Tornado fighter aircraft. This version is optimized for electronic warfare and reconnaissance missions. The primary mission for their deployment to İncirlik was to support the coalition in attacks against DAESH in Syria,'' defense industry expert Arda Mevlütoğlu said. ''The Tornado ECR is not a crucial factor for Turkey's defense. In other words, its absence will not have a negative impact on Turkey's air defense or operations against DAESH," he stressed.

Defense industry researcher Turan Oğuz shared similar thoughts:"Turkish F-16s also conduct similar missions with 'DB-110' digital, long-range tactical reconnaissance pods. So, the presence of German Tornadoes is an advantage but not a must,'' he said.''Besides, Germany could conduct the same missions from alternative air bases in Greek Cyprus or Jordan, as rumored. If that is the case, the only problem will be a one- or two-month gap. In my point of view, it is a political attempt to turn up the heat on Turkey using the NATO button," he added.
Last Update: Aug 26, 2016 11:17 am