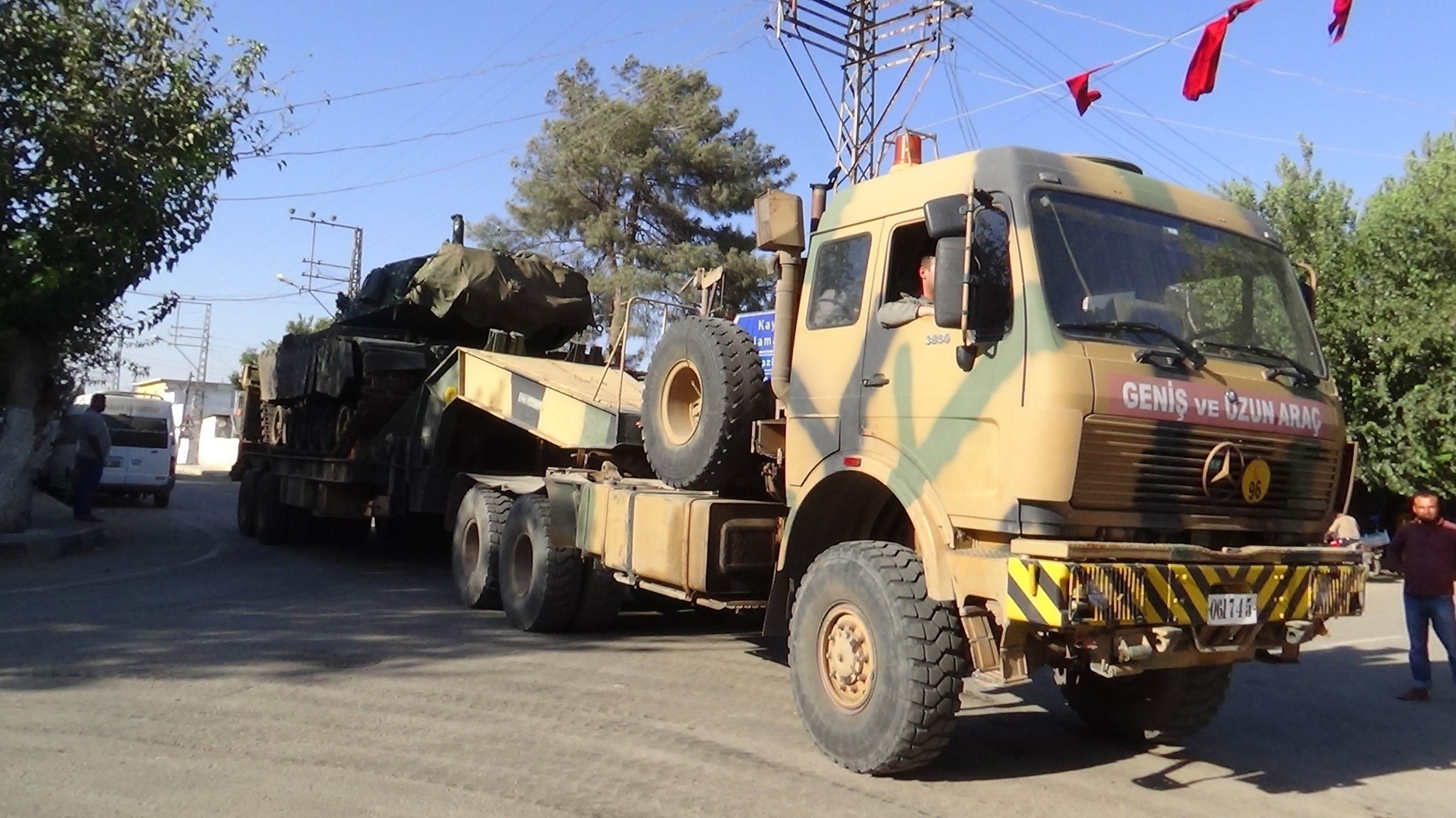 Turkey deployed ammunition and armored personnel carriers along the Turkish-Syrian border on Thursday as the Turkey-backed Free Syrian Army (FSA) continued to advance in the Syrian town of Jarablus.

Seven containers loaded with ammunition and two BMC Kirpi mine-resistant armored personnel carriers from the Seventh Armored Brigade Command Center in Diyarbakır province were dispatched to the Elbeyli district in Kilis province on the Turkish-Syrian border.

Sources said that the deployment is a sign that the Operation Euphrates Shield will be expanded as Turkish authorities repeatedly said the operations would continue until the terrorism threat in the region was completely eliminated.