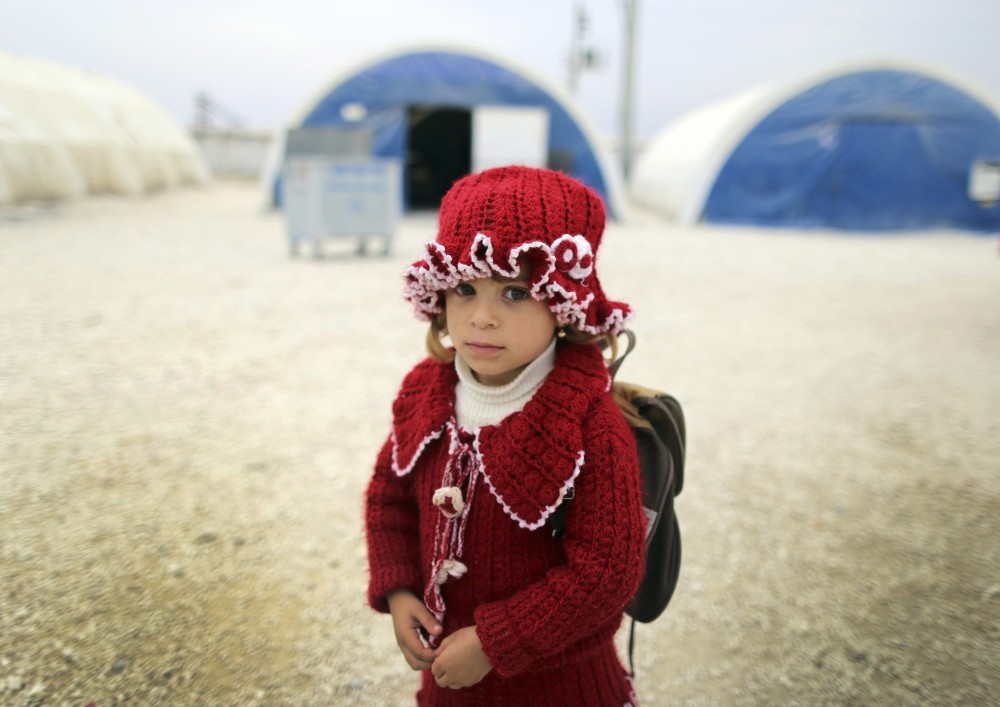 by Merve Aydoğan Oct 07, 2016 12:00 am
Deputy Prime Minister Veysi Kaynak attended the Syria Coordination meeting yesterday held by the Prime Ministry's Disaster and Emergency Management Authority (AFAD), where he criticized Western states for their lack of support in the refugee crisis and said "while refugees are escaping war, famine and starvation the wealthy countries are escaping from refugees."

The meeting that was held at the AFAD headquarters in Ankara addressed the current status of the Syrian refugees in Turkey while further plans and a roadmap were discussed in the closed meeting.

Kaynak, the Deputy Prime Minister who is also responsible of AFAD, made opening remarks as key note speaker. AFAD President Halis Bilden, Turkey's Public Diplomacy Coordinator Ali Osman Öztürk and General Director of the Turkish Red Crescent Mehmet Güllüoğlu were among the many attendees including various governors from mainly southeastern provinces of Turkey.

As Turkey continues to be the leading host country for asylum seekers from Syria, Deputy Prime Minister Kaynak announced that "we [Turkey] are to provide education to 500,000 [Syrian] refugee children at the public schools during the 2016-2017 teaching year. They will be taught under our curriculum as they will also get the chance to learn Turkish and history classes." He stressed that those 500,000 Syrian children will receive education in October. Criticizing Western states for their lack of support for asylum seekers, Kaynak underlined that there are 21 million refugees worldwide and that they are spread over only half of the world's 193 countries. "The Ministry of Health has provided 18 million treatments at outpatient clinics while there have been 800,000 surgical treatments done for the 255,000 Syrian refugees staying at the AFAD camps. Also 162,000 Syrian babies were born mainly at our public hospitals," Kaynak added.

Underlining that Turkey has spent $12.5 billion on humanitarian aid for refugees, the deputy prime minister said the European Union has contributed just $171 million while he said that the United Nations has only given $181 million of aid. Providing information on the Red Crescent card created for the Syrian refugees in Turkey, Kaynak said "this agreement is being conducted under the pledge given by the EU through the signed agreement last Monday in Ankara. Approximately $250 million were transferred to the World Food Programme and is going to be transferred to its Turkish partner, the Red Crescent."

Ankara warned the EU that failure to grant visa-free travel to Turkish citizens will end the migrant deal, which the EU benefited from to a great extent this summer. The latest report regarding the recent information reported by Anadolu Agency as well as the UNCHR, illegal migration to Greece increased by nearly 80 percent during the months of August and September. The deal had initially led to a drastic reduction in migrants crossing the Aegean Sea, down from a daily average of 1,740 in the weeks before its implementation to a daily average of 94 since then, according to the European Commission. Since the implementation of the Turkey–EU deal, there was nearly a 97 percent decrease of illegal migration to the Greek Islands from Syria, Iraq, Pakistan, Afghanistan and Algeria via Turkey. However, according to Anadolu Agency and UNCHR's reports the numbers increased by 88 percent during the months of June, July, August and September as the highest migration number was seen on August 29th with 462 people. The report further reveals that the numbers continued to increase in the month of September.
RELATED TOPICS