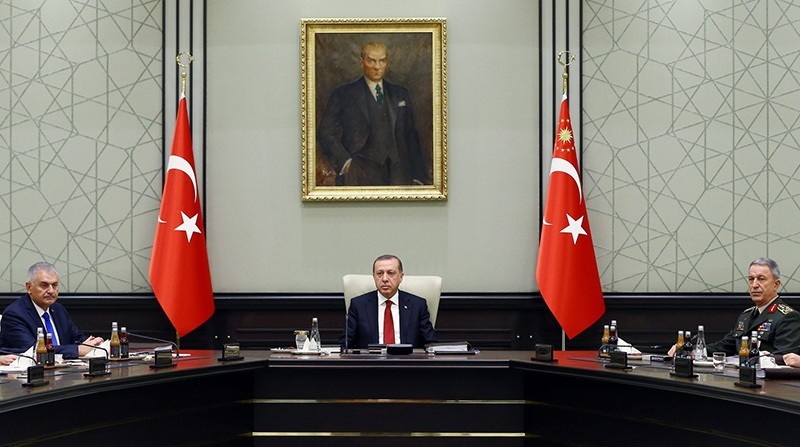 President Recep Tayyip Erdoğan chaired a security summit with Prime Minister Binali Yıldırım and Chief of General Staff at Beylerbeyi Palace in Istanbul on Saturday, shortly after he made the first crossing through the Eurasia Underground Tunnel with the PM.

The summit which began around 4:20p.m. local time lasted about an hour and 40 minutes.

According to reports, the summit focused on current security issues and was attended by top bureaucrats and military officers, including the Minister of Interior Süleyman Soylu and Minister of Defense Fikri Işık.

While Turkey continues to hunt for members of the Gülenist Terror Group (FETÖ), responsible for the July 15 coup attempt, the PKK terrorist organization and Daish have recently intensified their bombing attacks, with the PKK carrying out a motorcycle bombing near a police station in Istanbul's Yenibosna district on Wednesday, and Daish targeting the Syria-Turkey border crossing a day later, leaving at least 35 people dead and dozens wounded.

The last security summit was held in Istanbul in August.