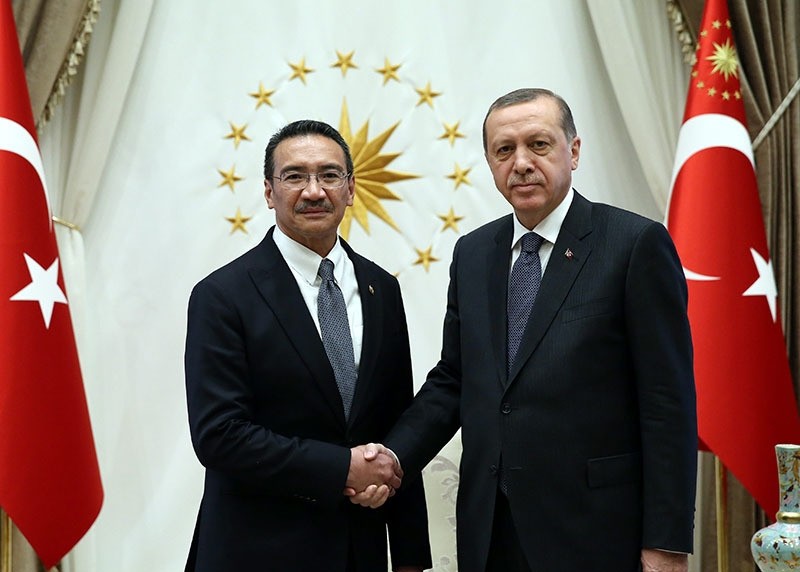 Malaysia and Turkey have agreed to enhance defense relations, including the strengthening and coordination of military cooperation, according to Malaysia's defense minister.

In a statement emailed to Anadolu Agency on Sunday, Hishammuddin Hussein said that following a recent working visit to Turkey relations between the two countries would be more structured and focused moving forward.

He added that areas of potential collaboration discussed with President Recep Tayyip Erdoğan and Defense Minister Fikri Işık included the enhancement of tie-ups in the defense industry as well as other strategic areas of interest.

"We also discussed a range of counter-measures against the Islamic State [Daish] threat and agreed that returning fighters from territories lost in Iraq and Syria pose a serious threat to Muslim countries that uphold democracy," he said.

During the meetings, Hussein said he conveyed Malaysia's unwavering support to Erdoğan's administration and condemned July's attempt to overthrow the Turkish government.

"We both agreed to stand together in opposing unconstitutional attempts. Coups in any form that undermine the people's will must never be tolerated," he underlined.

Hussein said that Erdoğan had also conveyed the need for continued cooperation between the two countries on issues related to terrorism.