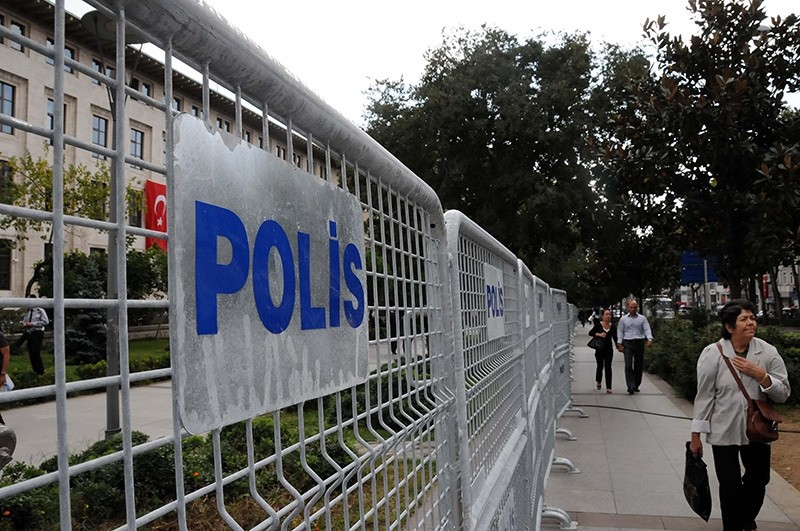 As part of investigations into users of Bylock, the communication application used by Gülenist Terror Group (FETÖ) members, 125 personnel from Istanbul Police Department have been detained on early Tuesday.

Among the detained personnel, 30 are deputy police chiefs. Police say that all of the officers have been detained due to their usage of the encrypted communication application called Bylock, which is known to be used by members of FETÖ for internal communication.

FETÖ members use this application on their smartphones to share information and communicate with each other.

Police have been investigating the users of Bylock since the deadly coup attempt on July 15.

There is another messaging application used by the FETÖ members called Eagle.

Prime Minister Binali Yıldırım had spoken about these two communication networks in the first days of August, saying that FETÖ members used these two encrypted apps for communicating infiltration plans into state institutions.

He added that some 50,000 members use the Bylock and Eagle system.

Besides the police's ongoing operations to find users of the two applications, the National Intelligence Organization (MİT) is also trying to decode messages being sent through the applications.

Prosecutors of the investigations say Bylock was popular among Gülenists for secretive communications between 2013 and 2015, and after 2015, the terror cult turned to Eagle IM, which offers "256-bit end-to-end AES encryption" for its users, according to the description of the app on the Google Play Store. The app's developers also promise protection from "Man In The Middle" attacks or hacking into chats between two people that enables message altering by one of the two parties. Similarly, Bylock offered an eight-digit password for users and a highly secure encryption.

Investigations reveal both those in the lower ranks of FETÖ's infiltrators within state institutions and those in the upper echelons of the bureaucracy perused Bylock.

A testimony by Sinan Çörekçi shows a senior Gülenist in the northwestern city of Kırklareli installed the app on the phones of those with intimate ties to FETÖ. Çörekçi was a court clerk in the city detained after the coup attempt. He told the prosecutors that Hakan Altun, a Gülenist figure responsible for organizing infiltration within the local judiciary, told him and others to communicate through Bylock. The same app was found on the cellphone of Dinçer Ural, a brigadier general who acted as a legal adviser to the Chief of the General Staff. Ural was detained for his links to the terror group and had contacted Dilaver Azim, a prominent Gülenist figure according to prosecutors who say Azim was entrusted with controlling funds to FETÖ. Doğan News Agency reported that Ural and Azim regularly exchanged messages via Bylock between 2011 and 2015. A report in Habertürk daily says MİT decoded some 18 million encrypted messages between more than 50,000 people.