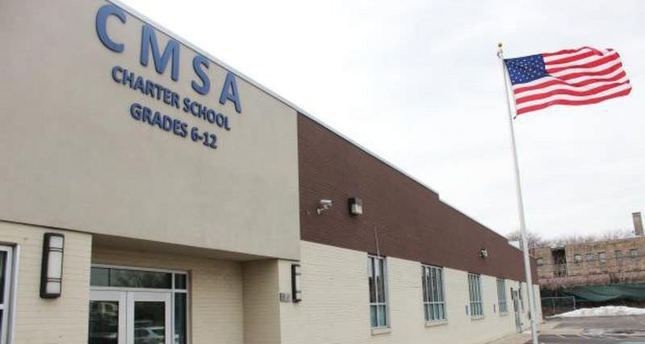 International law firm Amsterdam & Partners filed an official complaint on Tuesday to the Ohio State Auditor about Ohio-based Horizon Science Academies and Noble academies due to their alleged improper relationships with their contracted management corporation, their landlord and its subsidiaries. The complaint said governing boards siphon money from classrooms to the schools' real estate arm New Plan Learning, Inc., forestall insolvencies, and use profits from excessive rental payments to acquire new properties to expand the network of Gülen-affiliated schools.

Speaking to journalists in Columbus Ohio, Robert Amsterdam, the lawyer hired by Turkey to investigate the improper financial and legal practices of the Pennsylvania-based cult leader Fetullah Gülen, who is believed to be the mastermind of the failed coup in Turkey, said his firm requested a comprehensive investigation into the evidence on 17 charter schools. The evidence presented showed that New Plan Learning and its subsidiaries had made an estimated total net profit of $18.75 million from its excessive rental arrangements with Concept Schools.

Gülen is under the spotlight throughout the world following the July 15 failed coup in Turkey. His organization is estimated to have control of up to 150 Charter schools in the U.S. and Amsterdam has been investigating Gülen-affiliated schools for months.

Concept Schools is famous for its ties to Gülen due to an FBI investigation which began in 2014 for various alleged white-collar crimes. The founders of the organization consist of Turkish-American educators who claim they were inspired by the teachings of Fetullah Gülen.

Local Ohio Concept Schools are not different than the parent company; the staff members of the schools are Turkish teachers who immigrated to the United States through the H-1B program, despite more qualified American teachers being available. Several news reports and investigations showed that Gülen's disciples have taken advantage of this visa system to move human resources to America and fund the Gülen network with forced donations of the school salaries. Amsterdam said 84% of Ohio Concept school governing board members are Turkish.

According to Amsterdam, Ohio Concept Schools used its related landlord entity New Plan Learning to move financial assets to private vendors and specific people. "The Turkish individuals that founded New Plan Learning in 2004, played important roles in the creation of Concept and the first Ohio Concept schools also, constituting yet another example of the closed loop decision-making and conflicts of interest among these organizations," the complaint said.

For example, Murat Arabacı, a former Concept employee, has managed New Plan Learning and each of its subsidiaries since 2005. Vedat Akgün co-founded the first Horizon Science Academies, then Concept as a management corporation, and lastly New Plan Learning's subsidiary Breeze, Inc., to serve as landlord to Concept schools. Taner Ertekin, co-founder of the first Horizon Science Academies and Concept, served alongside Akgün on Breeze's governing board.

Amsterdam said 10 of the 17 Ohio Concept Schools pay rent to New Plan Learning, Inc and three schools who rent their buildings from unaffiliated companies pay far lower rents than the other schools.

The complaint said: "Founder of Concept and Breeze, Vedat Akgün, signed the lease with Breeze on the school's behalf as the school's founder, a clear conflict of interest. - Since 2005, the school has incurred over $3.6 million in rental fees. Note that this is three times the original purchase price of $1.25 million and constitutes the rent for only one of the three parcels bought for that original purchase price."