Turkey has plan B and C for Mosul operation, Deputy PM Kurtulmuş says 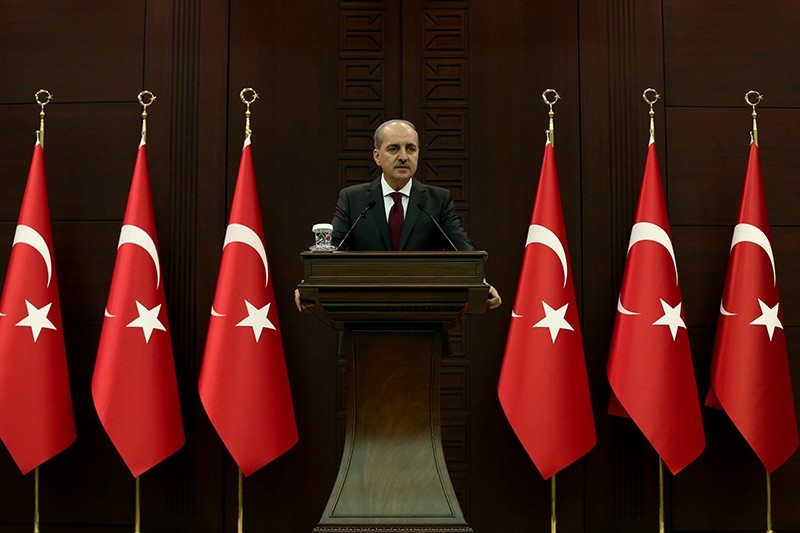 Turkey has a plan B and C regarding the liberation of the Iraqi city of Mosul, Deputy Prime Minister Numan Kurtulmuş said on Monday.

Speaking after a cabinet meeting at the Prime Ministry Office at Çankaya, Kurtulmuş said that Turkey will not speak about the plans now, but will try to ensure that ethnic politics do dominate Mosul.

Kurtulmuş noted that some 3,000 Iraqi forces trained by Turkey are taking part in the operation to clear Daesh from Mosul.

The deputy prime minister highlighted that the results in Mosul and Aleppo will determine the outcome of political affairs in the region.

He noted once again that Turkey is in favor of local forces fighting against Daesh and that it is strictly against turning the region into a place for sectarian clashes.

Kurtulmuş also said that Undersecretary of the Ministry of Foreign Affairs, Ümit Yalçın will be visiting Baghdad on Monday to discuss a number of issues including Mosul.

In mid-2014, Daesh captured Mosul in Iraq's northern Nineveh province, along with vast swathes of territory in the country's northern and western regions. While recent months have seen the Iraqi army and its allies retake much territory, the terrorist group remains in firm control of Mosul, which Iraqi officials have vowed to recapture by the end of the year.

The operation to liberate Mosul is conducted by nearly 15,000 Iraqi security and local forces; it is also supported by the U.S. and Kurdish peshmerga forces for logistical purposes. Meanwhile, the U.S.-led coalition forces are also expected to support the operation from the air.