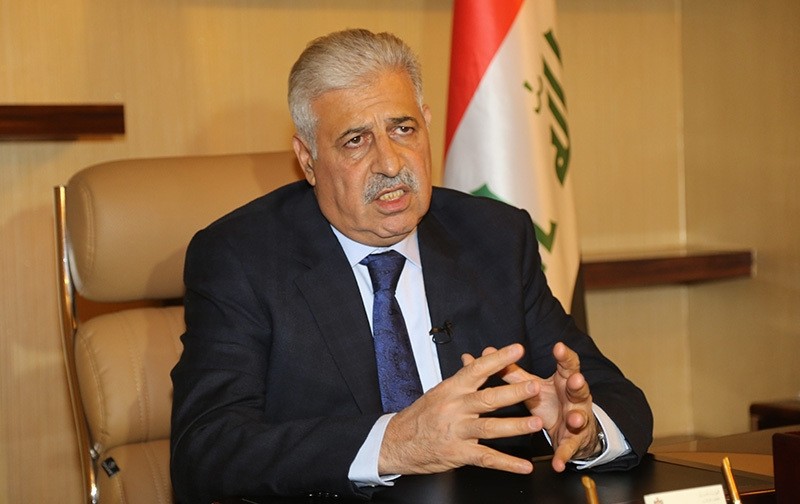 Iraqi Federal Court issued a detention warrant for former Mosul governor and head of the Nineveh Guards Atheel al-Nujaifi for providing assistance to Turkey, accusing him of espionage, Kurdish sources said on Thursday.

According to Irbil-based Rudaw TV, Abdurrahman Liwizi, who is a parliamentarian known to have close ties with Nuri al-Maliki, announced that a detention warrant has been issued for al-Nujaifi.

A statement by the court said that he is sought for providing assistance to a foreign state and facilitating the entry of Turkish forces into Iraq.

The Sunni force trained by Turkey are members of the Nineveh Guards, formerly known as al-Hashd al-Watani, who are loyal to the former governor of Mosul, Atheel al-Nujaifi. Some local reports said the Nineveh Guards have been deployed with Kurdish peshmerga forces around the crucial Mosul dam.

The presence of Turkish troops in Iraq was recently criticized by Baghdad. President Recep Tayyip Erdoğan and Prime Minister Binali Yıldırım said Turkey's military presence at the Bashiqa Camp in northern Iraq would continue despite the parliament in Baghdad branding Turkish forces as "occupiers" earlier this week.

Last December, Turkey sent some 150 troops and about two dozen combat tanks to Bashiqa, located some 12 kilometers northeast of Mosul.

A day after the Turkish parliament voted on Oct. 3 to extend its army's mandate at Bashiqa Camp, Iraqi lawmakers rejected the extension and demanded a review of the country's ties with Turkey.

Mosul, home to up to 1.5 million people, has been at the heart of Daesh terror group's self-declared caliphate in Iraq since 2014. The offensive to liberate the city is expected to last throughout the end of October and November.