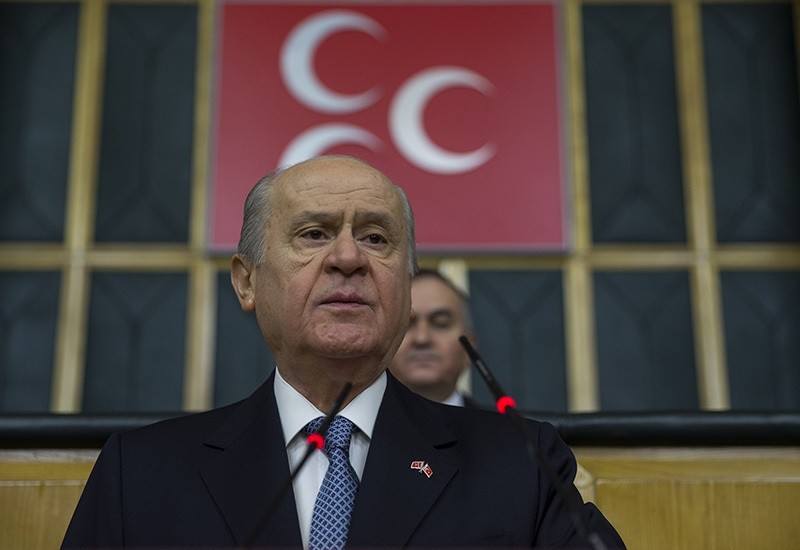 Speaking about Turkey's involvement in the Mosul operation against Daesh, the chairman of the Nationalist Movement Party (MHP) Devlet Bahçeli said on Tuesday that Turkey has to secure its own national borders. He said that the Iraqi government's calling for help from the international coalition in the fight against terror shows that it is not capable of fighting against terror.

He continued by saying that, "Turkey cannot feel good while Mosul, Kirkuk and its other neighbor cities are under fire."

"First, Mosul should be liberated from Daesh," Bahçeli said, highlighting the significance of the fight against the deadly terror group, Daesh.

Bahçeli said that Turkey cannot act according to the words of imperial forces. He also added that it was impossible for Turkey to ignore the chaos its neighboring countries face.

Speaking about the Bashiqa camp crisis, the opposition chairman stated that Turkish troops withdrawing from Bashiqa would be the same as withdrawing from Turkey's southeastern province of Hakkari, where PKK terrorists are mostly located.

"Turkey is at the top of Daesh's terror attack list," Bahçeli said adding that the U.S.'s dissatisfaction about Turkey's presence in Bashiqa is totally political for its various interests.

"It is clear that the Mosul operation will continue into the future because the coalition still could not reach the city center," he concluded.