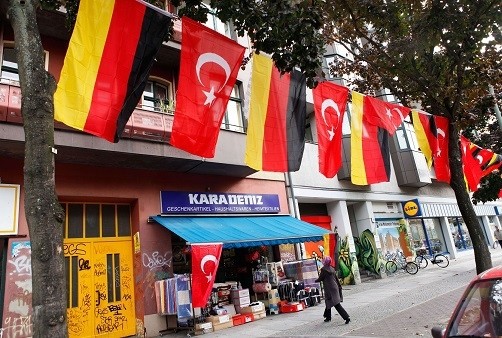 Turkish people in Germany should withdraw their savings in the country, Istanbul deputy Metin Külünk said on Saturday in a meeting held in Turkey's western city of Tekirdağ after German officials' objection on the detention of pro-PKK Peoples' Democratic Party (HDP) deputies for failing to testify after they were summoned by the prosecutor's office under the scope of terror probes.

Condemning German officials' supportive attitude toward the PKK terror, Külünk said that Germany is acting like an enemy of Turkey.

"What is Germany's aim in supporting the terror group in Turkey?" Külünk said.

"Turkish non-governmental organizations in Germany should seek their rights against the country that insults the Turkish state" he added.

He continued by saying that Germany is making a mistake by supporting the PKK terror group which has so far killed thousands of civilians and security officers.

A Turkish court ordered the arrest of the co-chairs and nine other members of the HDP on Friday for refusing to bear testimony under the scope of ongoing terror probes.

Other deputies, including the chairman of the Nationalist Movement Party (MHP) Devlet Bahçeli testified when they were called by the prosecutor over the summary of proceedings following the lifting of parliamentary immunity.