MHP chair urges CHP to work together on new constitution 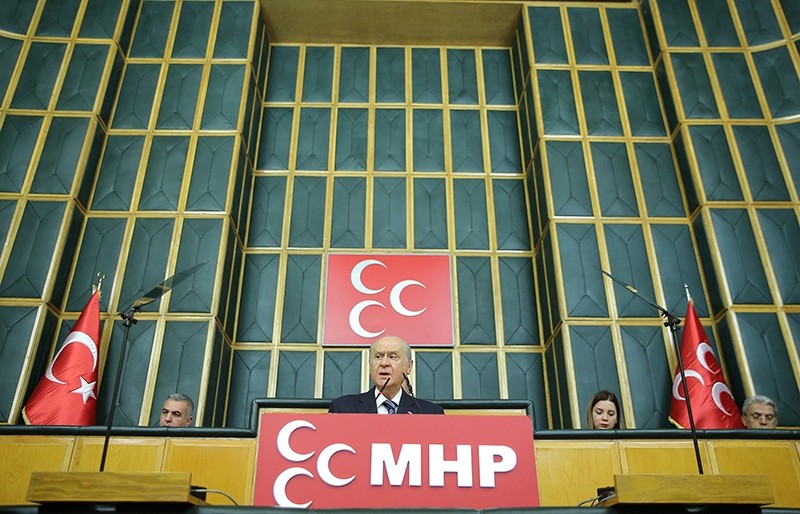 Speaking at his party's weekly parliamentary group meeting, Bahçeli said that the MHP had received the draft constitution proposal and will review it.

He said that the CHP should not feign reluctance and should work 'hand in hand' to solve the dilemma.

Bahçeli also talked about the recent election in the U.S. and said that Trump's election was surprising but reflected the will of the American people and must be respected.

"For us, it does not matter who the U.S. President is, what is important is what kind of policies he will implement" Bahçeli said, and added that the MHP hopes Trump will support Turkey's fight against FETÖ and extradite Gülen without preconditions.