Turkey-backed FSA closes in on al-Bab 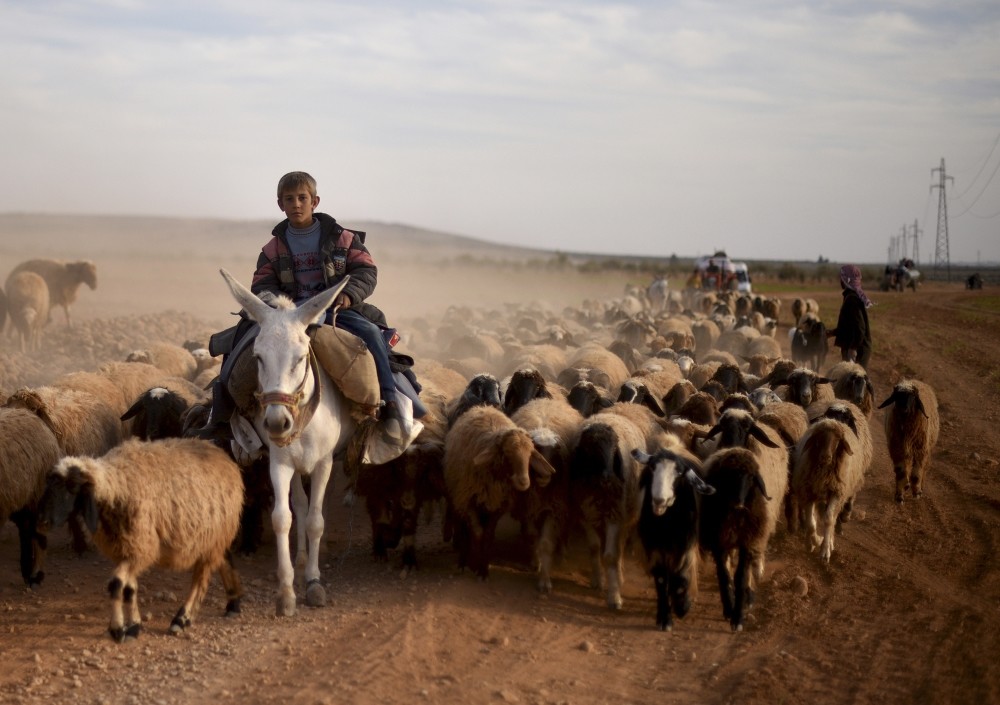 With less than 2 kilometers left to liberate the town of al-Bab held by Daesh, locals have started to leave their homes together with their herds of sheep on Nov. 16. (AA Photo)
by Daily Sabah Nov 17, 2016 12:00 am
The Turkey-backed Free Syrian Army (FSA) has been closing in on the significant town of al-Bab as the Turkish military Wednesday said the army seized control of two more villages after the clashes during which one FSA fighter was killed and 14 others were injured in the north of the country on Tuesday.

According to a statement released by the Turkish Armed Forces (TSK) yesterday, Tuesday's casualties came amid Turkey's Operation Euphrates Shield, which began in late August to clear Syria's northern border area of terrorists. Wednesday marked the 85th day of the operation.

Having liberated Dabiq, a vital town for Daesh militants, FSA fighters have now set their sights on al-Bab. The FSA fighters have recently accelerated their march toward the town, liberating villages and towns along the way to al-Bab.

Commenting on how long it could take to seize al-Bab, an FSA commander said it would depend on Daesh's resistance there. The terrorist group is believed to have reinforced its manpower in al-Bab in its bid to hold on to it.

Meanwhile, President Recep Tayyip Erdoğan yesterday said that the liberation of al-Bab was just around the corner as the FSA fighters encircle the town from multiple fronts.

Over 200 residential areas, including more than 1,700 square kilometers (656 square miles) in northern Syria have been cleared of Daesh presence as part of Operation Euphrates Shield so far.

Turkey launched the operation in cooperation with the FSA on Aug. 24 to clear its southern border of Daish terrorists and liberate northern Syrian towns of the terrorist group.

The operation is in line with the country's right to self-defense borne out of international treaties and a mandate given to Turkey's armed forces by its parliament in 2014, which was extended for another year in September 2015.
RELATED TOPICS