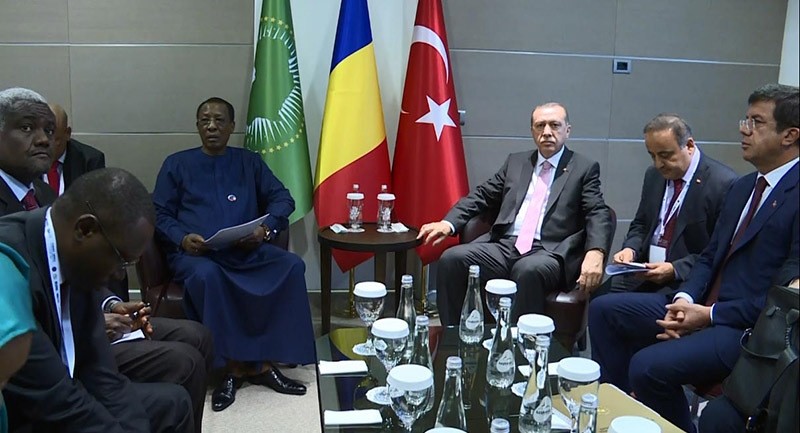 As a result of Turkey's diplomatic efforts, Chad and Turkey have agreed to transfer schools operated by the Gülenist terror group (FETÖ) in the African country to the Turkish Maarif Foundation.

Turkey's Maarif (Education) Foundation Deputy President Hasan Yavuz said that Chad and Turkey had both signed the agreement that would transfer the administration of the FETÖ schools in their country to the Foundation, reported Anadolu Agency on Friday.

FETÖ operates an elementary school and a secondary school in the Central African country.

Other African countries, including Somalia, have previously taken action following the July 15 coup attempt regarding FETÖ schools in their countries. Guinea also declared its support for Turkey in its struggle against FETÖ, with the government of Guinea transferring the administration of five schools run by the terrorist group to the Turkish Maarif Foundation.

The state-owned Turkish Maarif Foundation was set up last June by a law passed in parliament, which was approved by President Recep Tayyip Erdoğan. The Foundation's purpose is to ensure educational services from kindergartens to universities, provide scholarships and bursaries, and build and operate schools, training facilities and internships.

Turkey has requested several countries around the world to shut down schools, colleges and businesses linked to the FETÖ network after the July 15 coup attempt. Turkish diplomats have since contacted thousands of foreign media outlets in order to draw attention to the terror group and the dangers they present.

The Organization of Islamic Cooperation designated FETÖ a terrorist group on Oct.19. The Gulf Cooperation Council has also blacklisted the network.

FETÖ faces heightened scrutiny after being accused of attempting to topple the democratically elected Turkish government in the failed July 15 coup attempt, in which 248 people were killed and 2,193 were injured.