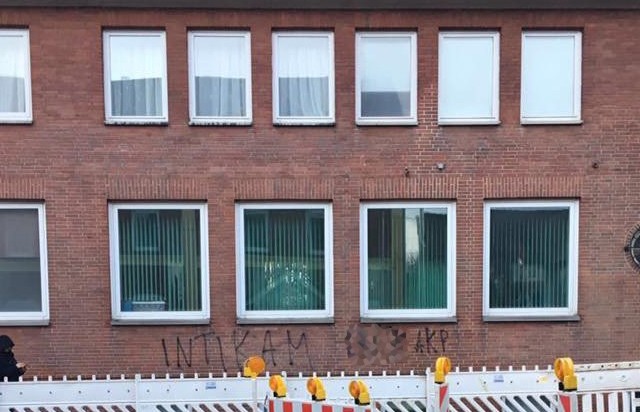 The wall of the mosque complex spray painted by PKK terrorists with words 'revenge' and 'AK Party' (Twitter @myeneroglu Photo)
by Daily Sabah Nov 18, 2016 12:00 am

Another Turkish mosque has become the target of PKK terrorists in Germany, as Turkey slams the country and other European states for failing to take a determined stance against terrorism and providing refuge to terrorists.

According to reports, PKK terrorists vandalized Mevlana Mosque located in northern German town of Bützfleth late Thursday by breaking the glass and spray painting vulgar anti-government phrases on its walls. 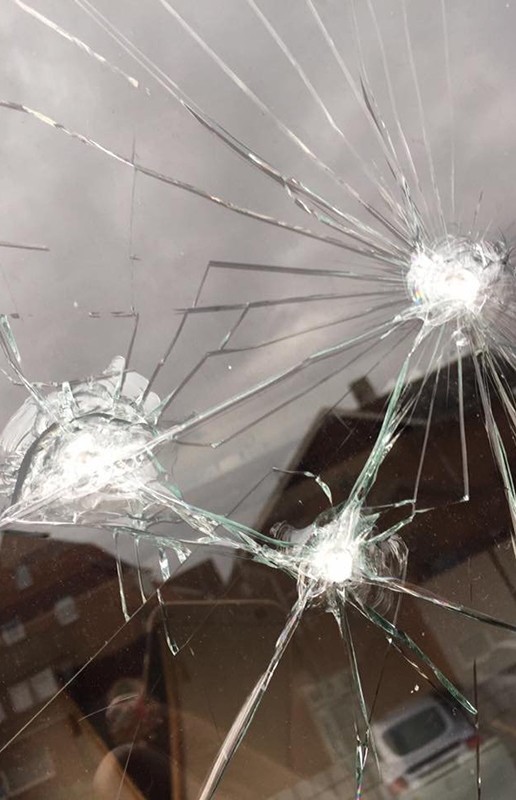 The terrorist supporters had earlier conducted an anti-Turkey march earlier in the day, authorized by German authorities.

PKK supporters in Germany have been carrying out attacks against Turkish-owned businesses, community centers and buildings in Germany.

Ankara has been accusing Berlin of supporting the PKK terrorist group and failing to collaborate on the extradition of fugitive terrorists. Although the German state vehemently denies that it supports the terrorists, the issue has been on the agenda for quite a while.

Turks make up one of the largest Muslim-majority minorities in Germany with a population of at least three million according to unofficial figures. Although they have already suffered racist, and at times deadly, attacks in the past, a recent increase in the flow of migrants especially from the war-torn Middle Eastern country of Syria, has given rise to racist and Islamophobic attacks targeting both Turks and other minorities.

Since the PKK, which is also listed as a terrorist organization by the U.S. and the EU, resumed its 30-year armed campaign last year in July, hundreds of members of the security forces and civilians have been killed.