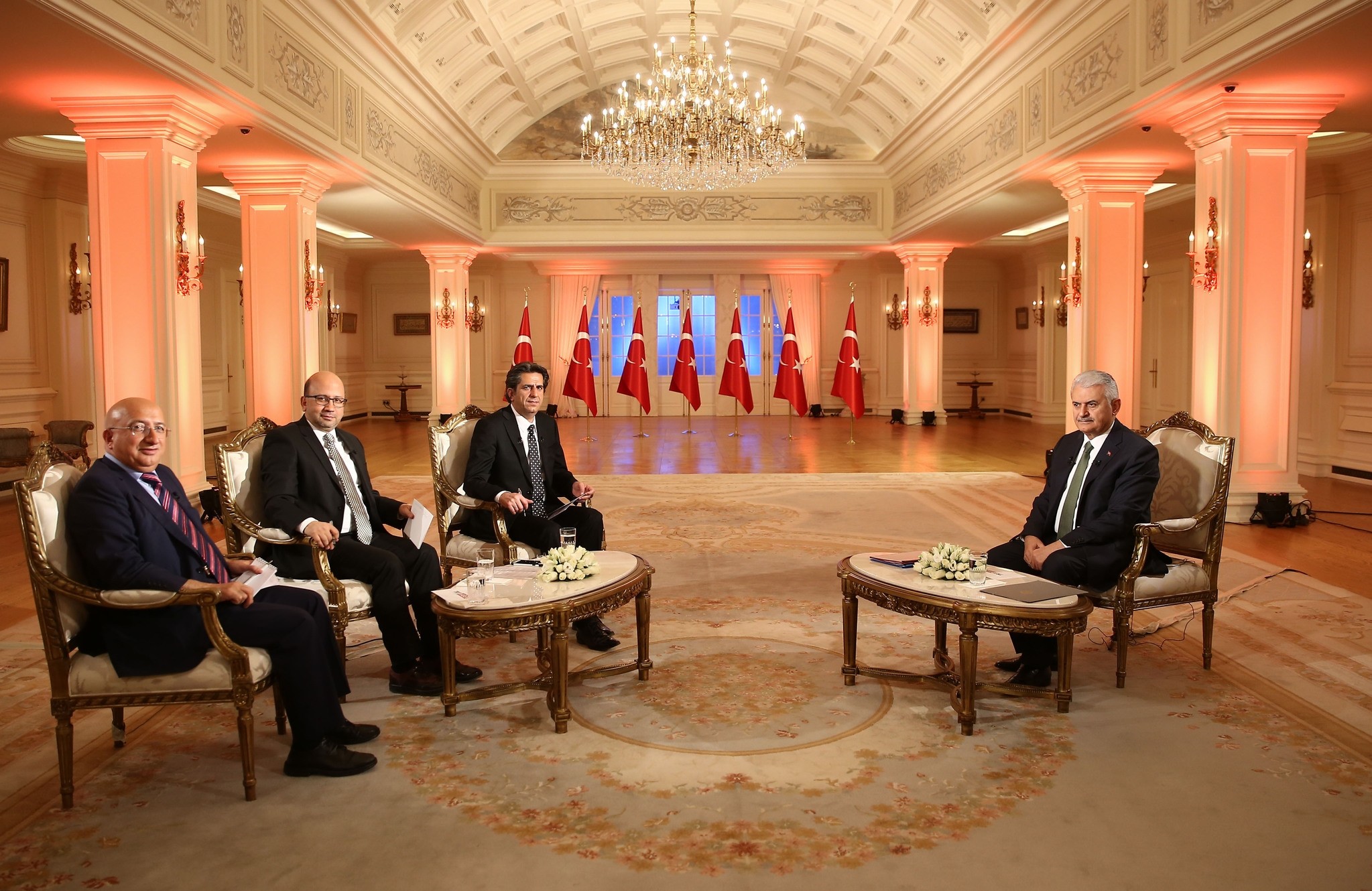 Prime Minister Binali Yıldırım said on Thursday Turkey would "definitely" not carry out an early election for a switch to the presidential system.

Speaking in an interview on state-run broadcaster TRT, Yıldırım said that the presidential election and parliamentary elections will be carried out in 2019.

"After 2019, the presidential system would virtually be in full force and effect. By then, the transition process will be completed. Thousands of legislations will be renewed."

The ruling Justice and Development Party (AK Party) has sought to introduce a presidential system to replace the current parliamentary model since Recep Tayyip Erdoğan became the first head of state elected by popular vote in August 2014.

This new constitutional draft needs 330 votes in parliament before the legislations go to a referendum.

AK Party, with 316 seats, and the Nationalist Movement Party, or MHP, with 40, both back the bill.

If the draft constitution gets more than 367 votes, it can pass directly without the need for a referendum. However, AK Party has said it will take the new constitution to a referendum, even if none is needed.

He said that Turkey's relations with the organization were neither a threat nor a challenge to the European Union.

"Far Eastern countries including, China, Russia, Middle Asian countries want their relations [with Turkey] to develop, both economically and politically. We also want to improve our relations."

Yıldırım added that Turkey had not put forward the idea of being a member of the Eurasian political, economic, and military alliance as a back-up plan in case its EU membership bid was rejected.

"The EU should see it. If Turkish-EU relations worsen, that will harm the European Union more than us," Yıldırım said.

Turkey hosts the largest number of Syrian refugees in the world, and has so far spent more than $20 billion - $25 billion for their care, according to Yıldırım.

Since then, more than 250,000 people have been killed and more than 10 million displaced, according to UN figures.