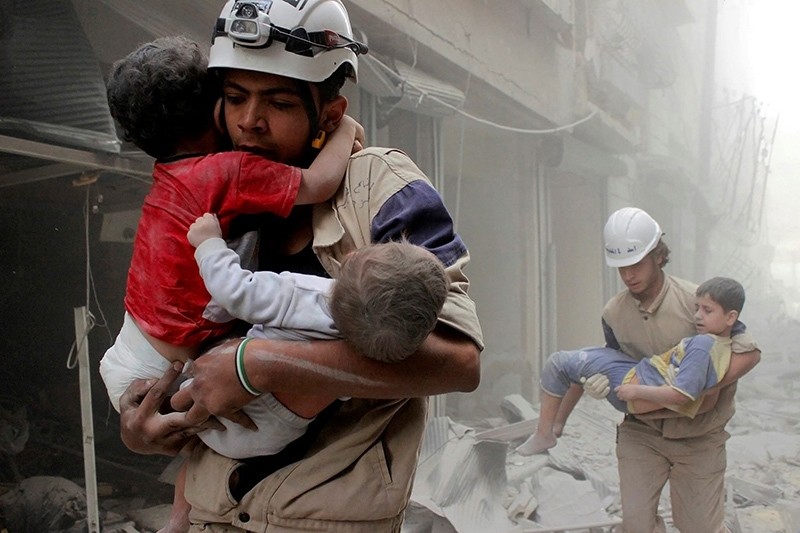 Foreign Minister Mevlüt Çavuşoğlu called for an immediate ceasefire in Syria on Friday, describing the situation in Aleppo as critical and saying that the Assad regime is unfit to rule, as it is responsible for killing hundreds of thousands of people in the country.

Asked about Assad at a news conference in Beirut, Çavuşoğlu said it was undeniable that Assad was responsible for 600,000 deaths and that somebody with that record should not be running a country.

NATO member Turkey is a major backer of the moderate opposition fighting to oust Assad. The opposition has come under siege in eastern Aleppo after rapid advances by Assad regime forces in recent days, bringing them to the brink of a major defeat.

Çavuşoğlu said Turkey was speaking with Assad's allies Russia and Iran, as well as with Syria and Lebanon, about trying to find a solution in Syria.

President Recep Tayyip Erdoğan discussed the 'humanitarian tragedy' in Aleppo with his Russian counterpart Vladimir Putin by phone for the third time in a week on Wednesday, and agreed on the need for a ceasefire.

Çavuşoğlu said after that meeting that Moscow agreed on the need for a halt to fighting and the provision of aid in Aleppo, but deep divisions remain between them over the conflict.

In 2013, the Assad regime began a campaign of indiscriminate bombardment on the city that has triggered a humanitarian crisis in the war-battered city of Aleppo.