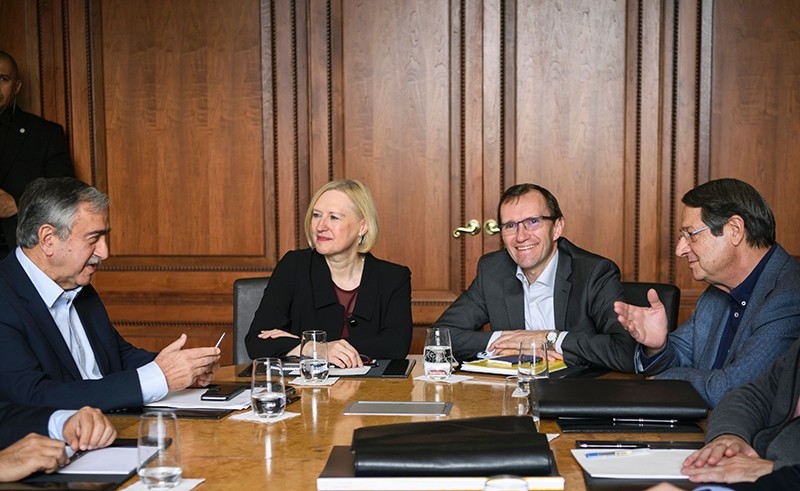 The Jan. 9-12 talks in the Swiss city will aim to hammer out an agreement on the pivotal aspects of how much territory each side will control in an envisioned federation.

They will also bring together Greece, Turkey and Britain to decide on post-reunification security arrangements.

The announcement came after Anastasiades and Akıncı met for a dinner hosted by U.N. envoy Espen Barth Eide.

Mustafa Akıncı and Nicos Anastasiades had met in Mont Pelerin for the first round earlier this month between Nov. 7 and Nov. 11.