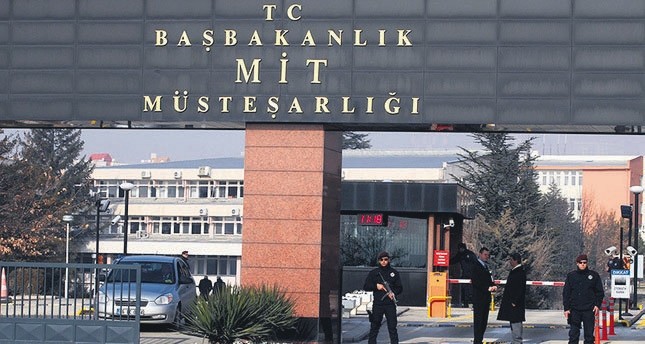 The headquarter building of the National Intelligence Organization (MIT), Ankara.
by Daily Sabah Dec 06, 2016 12:00 am

The government has finalized its draft work on the restructuring of Turkey's intelligence unit, which is expected to be divided into domestic and foreign units, under the National Security Directorate

As part of the constitutional change to switch from a parliamentary system to a presidential one, the government has finalized its draft work on the restructuring of Turkey's intelligence unit. In that respect, once the system of governance has shifted to a presidential system, the head and coordinator of the intelligence unit will be the Presidency, with the unit referred to as the "National Security Directorate." The restructuring of the intelligence unit was brought to attention by Prime Minister Binali Yıldırım shortly after the Gülenist Terror Group's (FETÖ) July 15 coup attempt.

Prime Minister Yıldırım had initially said that the National Intelligence Organization (MİT) would be restructured and domestic intelligence would be handled by a separate unit, putting foreign intelligence under the MİT umbrella.

Explaining that MİT monitors intelligence sharing between the police, gendarmerie and other institutions, Yıldırım said, "Today's need is the compilation of domestic intelligence under one entity. Foreign intelligence will continue to be compiled under the MİT."

Furthermore, the National Security Directorate will have similar features to the U.S. national intelligence unit, with the directorate under the Presidency and the national security director appointed by the Presidency as well. The intelligence unit, in that respect, will not only serve as the overseer of the aforementioned gendarmerie, local police and intelligence units but also function as coordinator among them. However, if the system is not changed to a presidential one, the directorate will operate under the Prime Ministry.It is almost definite that domestic and foreign intelligence are going to be separated into two different units while the MİT will be in charge of foreign intelligence, like the Central Intelligence Agency (CIA) in the U.S. The Signal Intelligence Division which was formerly under the control of the General Staff of Electronic Systems' Command and is currently operating under the MİT. That will change with a presidential system, in which the division would be operated under the National Security Directorate.

Technical support institutions such as the Information Technologies and Communications Authority will also operate under the expected National Security Directorate. Regarding military intelligence, President Recep Tayyip Erdoğan previously noted that the Turkish Armed Forces (TSK) would be swiftly restructured. The government is working to draft a proposal that would allow civil intelligence institutions to obtain intelligence information from the TSK.Meanwhile, according to information obtained by Turkish Habertürk daily, some authorities within the Ministry of Interior will be "separated and shared." The government is expected to boost the operational authority and allow the active gathering of intelligence information by the Undersecretariat of Public Order and Security. Units will be established to analyze gathered intelligence.
RELATED TOPICS