Brother of CHP Chairman Kılıçdaroğlu accuses him of allying with FETÖ 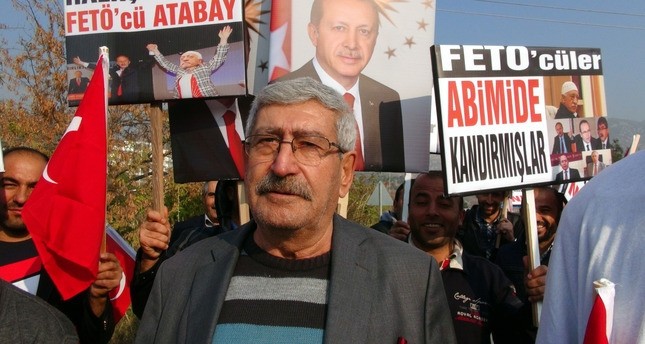 Celal Kılıçdaroğlu called on his brother to prevent CHP from turning into a Gülenist terror group (FETÖ) party in a series of tweets he posted on the social media platform.

"If Recep Tayyip Erdoğan is the head of this country and if he started this war, is it a crime to help him with citizenship consciousness?" he tweeted.

He also accused the CHP chairman of attempting to censor one of his interviews and of accepting money for criticizing his brother's actions.

"If you prove those claims, I will shoot myself in the head in front of the Parliament building," he said.

In late November, Celal Kılıçdaroğlu submitted his resignation from CHP after he was referred to the disciplinary committee of the CHP to be disbarred indefinitely from the party.

Celal Kılıçdaroğlu and a group of some 20 marchers on Monday walked nearly 38 kilometers (24 miles) from Söke to the Aegean resort town of Didim, in protest of the Gülenist Terror Group (FETÖ).

With a banner that read "FETÖ members tricked my brother too," referring to the CHP chairman who also supported the march, Celal Kılıçdaroğlu led the marchers.

Led by U.S.-based Fetullah Gülen, FETÖ is accused of orchestrating Turkey's July 15 coup plot as well as being behind a long-running campaign to overthrow the state through infiltrating Turkish institutions, particularly the military, police, and the judiciary.

At least 246 people were killed during the July 15 putsch attempt that saw an unprecedented public resistance against coup plotters. By the morning of July 16, the coup was quelled as police, military staff opposing the coup and unarmed civilians put on a strong fight to stop the troops loyal to FETÖ.