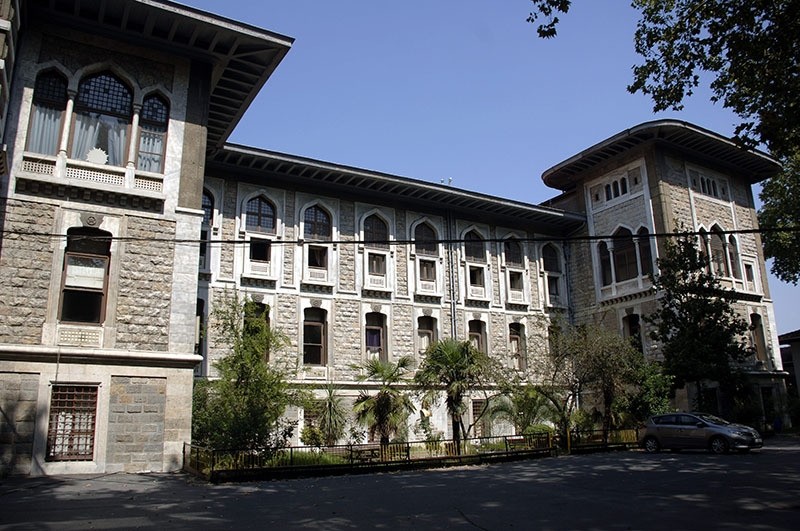 Turkish administrators of the Istanbul High School denied allegations regarding the ban on Christmas celebrations and songs at the school, stating that it was actually the proposal of the school's German department to cancel the celebrations on Sunday, after German media reported such fake news, causing outrage against Turkey.

German teachers of the Turkish-German renowned high school Istanbul High School complained that they received an order "not to teach Christmas customs" in the classroom. They also claimed that Christmas songs were taken out of the curriculum.

After news containing the allegations was published in Germany's leading newspapers, the school decided to make a statement to clear all misunderstanding regarding the issue.

The Turkish administrators of Istanbul High School told Mustafa Yeneroğlu, Justice and Development (AK Party) Party Deputy from Istanbul, that Christmas celebrations were cancelled by the German department of the school itself.

Yeneroğlu denied allegations, saying that such a measure would be absurd: "The claim that Turkish authorities banned Christmas celebrations at the German foreign school lacks any foundation. I would be the first to raise my voice against it."

Deputy Yeneroğlu also underlined that such fake news harmed bilateral relations between Turkey and Germany. "For more than 100 years, the school served according to the Turkish-German education tradition. Maintaining and strengthening this is a common duty," he said.

Ulf Poschardt, die Welt editor-in-chief, shared the intended cover of Monday's newspaper on his official Twitter account after the news turned out to be false. President Recep Tayyip Erdoğan was pictured as "Grinch," a fictional character known for his hatred for Christmas.

The German Federal Minister of Justice, Heiko Maas, previously warned against fake news saying people who spread hate speech and fake news on social media sites should be prosecuted, regardless if they are a journalist or not.

Istanbul High School is one of the oldest and internationally renowned high schools in Turkey. The school employs 35 German teachers, but is officially a Turkish public high school under the administration of the Ministry of Education. However, Germany also recognizes it as a German International School.