US colonel praises Turkey's contribution to int'l coalition against Daesh 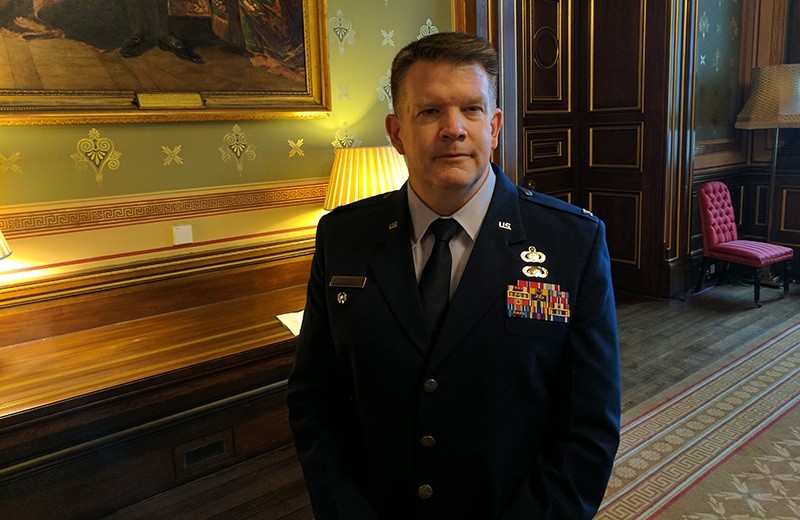 Dorrian hailed Turkey-backed operation by Free Syrian Army (FSA) elements in northern Syria and underlined that it provided great support to the coalition forces, in an interview with Anadolu Agency in London.

He noted that Operation Euphrates Shield puts significant pressure on Daesh terrorists, and isolates them.

"With the operation conducted by Turkey, numerous villages and towns, including the historically significant Dabiq, have been liberated" Dorrian said and added that Turkey destroyed Daesh propaganda regarding the town of Dabiq, and forced terrorists to change the name of their mouthpiece.

In response to a question about supporting Turkey's plans to proceed to Manbij to clear YPG terrorists from the area, Dorrian said that the U.S. will continue to discuss the matter through diplomatic channels with NATO ally Turkey.

Turkey is determined to clear YPG presence in Manbij and has already given multiple warnings to the U.S. saying that the YPG must leave the area and retreat to the east of the Euphrates.