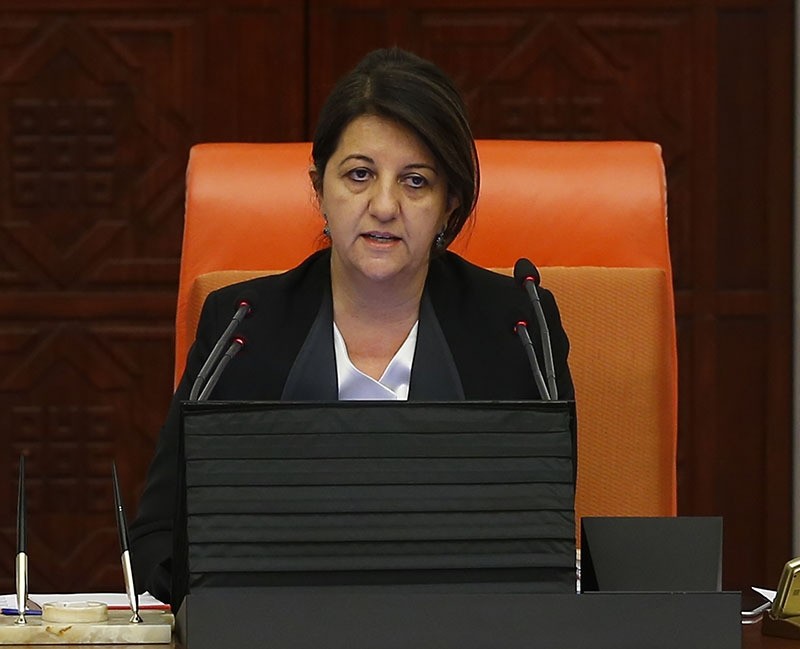 A deputy from the Turkish opposition Peoples' Democratic Party (HDP) was questioned in Istanbul as part of an anti-terrorism probe on Friday, according to a security source.

Police took HDP's Istanbul lawmaker and deputy parliamentary speaker Pervin Buldan from her residence for an additional statement in an ongoing trial in a local court, the source said, speaking on condition of anonymity due to restrictions on speaking to the media.

The High Criminal Court in the eastern province of Iğdır demanded further statement for a trial where she was charged with "praising crime and criminal" and "making terror propaganda".

Buldan went to Istanbul's 6th High Penal Court with her lawyer and left the courtyard after giving a statement to the court.

Meanwhile, HDP's press bureau released a written statement claiming that Buldan was detained by police in the early hours of the day.

Buldan also wrote in her official Twitter account that police detained her from her residence in Istanbul.

Last month, 13 HDP lawmakers were arrested, and 10 of them, including HDP Co-Chairs Selahattin Demirtaş and Figen Yüksekdağ, remain in custody awaiting trial on terrorism-related charges.

The lawmakers face prosecution under anti-terrorism legislation after their parliamentary immunity was lifted earlier this year.

The government has accused the HDP of having links to the PKK, which is listed as a terrorist organization by Turkey, the U.S., and EU.