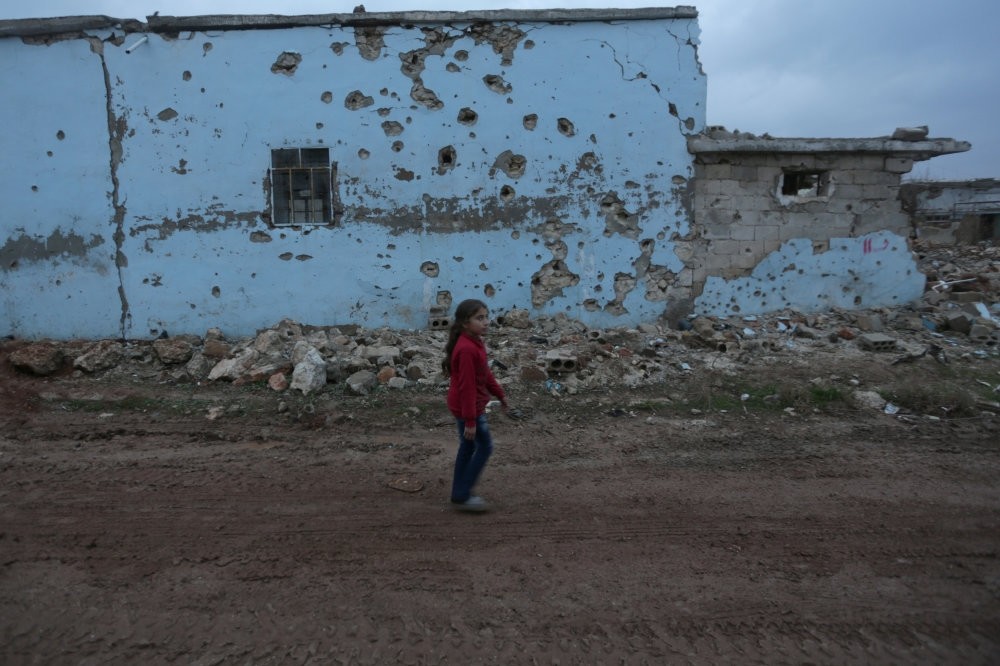 Even though Ankara and the Kremlin agreed on a cease-fire deal before New Year's Eve that ended all hostile activities, the Assad regime has breached the cease-fire across Syria, by attacking opposition-held areas

The Bashar Assad regime has breached the cease-fire recently brokered between Turkey and Russia by dropping bombs on different parts of the country over the past couple of days, according to news agencies and observatory groups on the ground in Syria.

The regime's fighter jets pounded the Barada Valley area around Damascus despite the cease-fire which had only recently been established thanks to joint Turkish-Russian efforts in a deal that was signed to end all hostile activities between the Assad regime and opposition groups.

A representative for the Free Syrian Army (FSA) in the Barada area said that there is no terrorist group in the area. Parties agreed to refrain from hitting non-terrorist groups in line with the U.N. Security Council (UNSC).

A nationwide cease-fire in Syria took effect at midnight local time on Dec. 30. The U.N. officially adopted a resolution to end the violence in Syria and jump start peace negotiations on New Year's Eve.

On Saturday however, the opposition warned they would abandon the truce if the government side continued to violate it, asking the Russians, who support Assad, to rein in army and Iran-backed attacks in the valley.

According to the Syrian Network for Human Rights, there were at least 51 breaches to the cease-fire in the first 48 hours of signing. The human rights group claimed that there were 14 breaches in the Damascus suburbs, 11 in Homs, 10 in Dar'aa, nine in Hama and seven in Idlib.

The Barada Valley is located 16 kilometers away from the city center of Damascus and 12 kilometers from the Lebanese border.

According to a written statement released by the Foreign Ministry after the announcement of the deal, Ankara will continue its efforts for the opposition and the Assad regime to hold further meetings for a political transition. The Ministry expressed Ankara's hope that the two sides would take concrete steps towards a peaceful solution.

Opposition groups and the Assad regime are due to hold talks in the city of Astana in Kazakhstan in mid-January to ensure a smooth political transition. The opposition affirmed last week that they will do their best to not disrupt the talks and attend the meetings to reach a political resolution in Syria."Cease-fires during war times do not happen overnight. For a permanent nationwide cease-fire, we need more time," Erem Şentürk, editor-in-chief of the Turkish daily Diriliş Postası, said. Stressing that there are multiple actors on the ground that need to adhere to the cease-fire agreement,, Şentürk said that time will tell whether they will be convinced.

The recently brokered cease-fire, the work of Turkey and Russia, involves more than 60,000 opposition fighters, Russian Defense Minister Sergei Shoigu said last week.Ankara has worked to reach a cease-fire agreement in Syria from various fronts and kept dialogue channels open with the Kremlin and Tehran. Also, Turkey played a crucial role in the evacuation of more than 40,000 people from Aleppo. Turkey mediated the process with Russia despite disruptions by Iranian militias on the ground.

When asked about whether the aforementioned talks slated between the Assad regime and the opposition could result in a permanent peace agreement being reached in Syria, according to Şentürk who thinks the two sides will also maintain peaceful relations in the long term.

As indicated in the cease-fire agreement, Ankara has repeatedly asserted that it will continue to exert efforts to achieve peace in the war-stricken country for the sake of Syrians.
Last Update: Jan 03, 2017 1:58 am
RELATED TOPICS