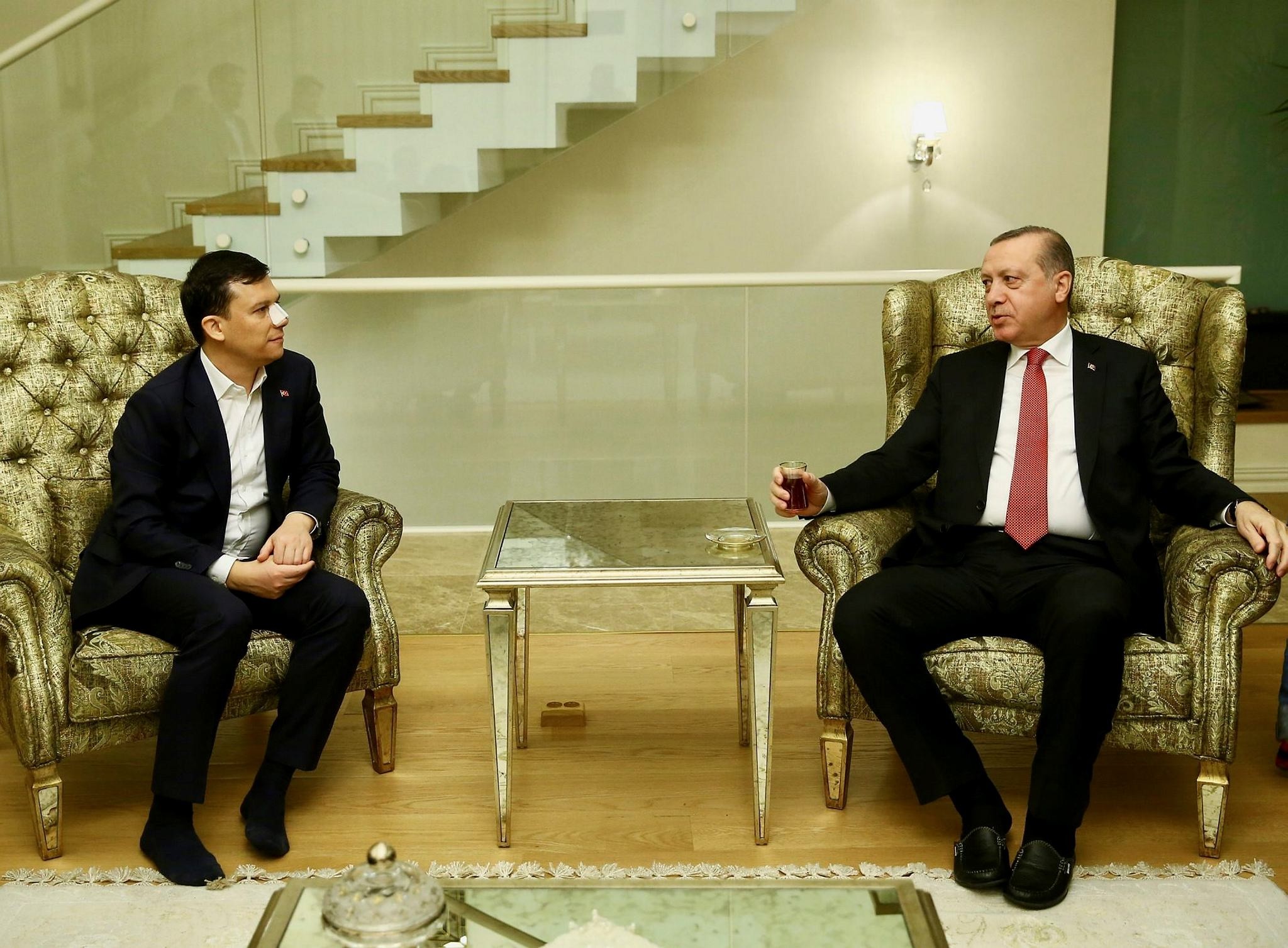 President Recep Tayyip Erdoğan paid a get-well visit on Thursday to Fatih Şahin, the ruling Justice and Development Party (AK Party) deputy who was injured during a heated argument in the parliament.

The President went to Şahin's house and wished him a quick recovery. Ankara Deputy Şahin's nose was broken by CHP Antalya deputy Niyazi Nefi Kara, while another AK Party Deputy, Muhammed Balta was bitten in his leg by an unknown CHP deputy.

The parliament adopted the fifth article of the new constitutional reform package on Wednesday, amid a brawl amongst deputies after the CHP attacked deputies of AK Party.

The secret voting process was interrupted by physical fights between lawmakers of CHP and AK Party after CHP members occupied the parliament rostrum.