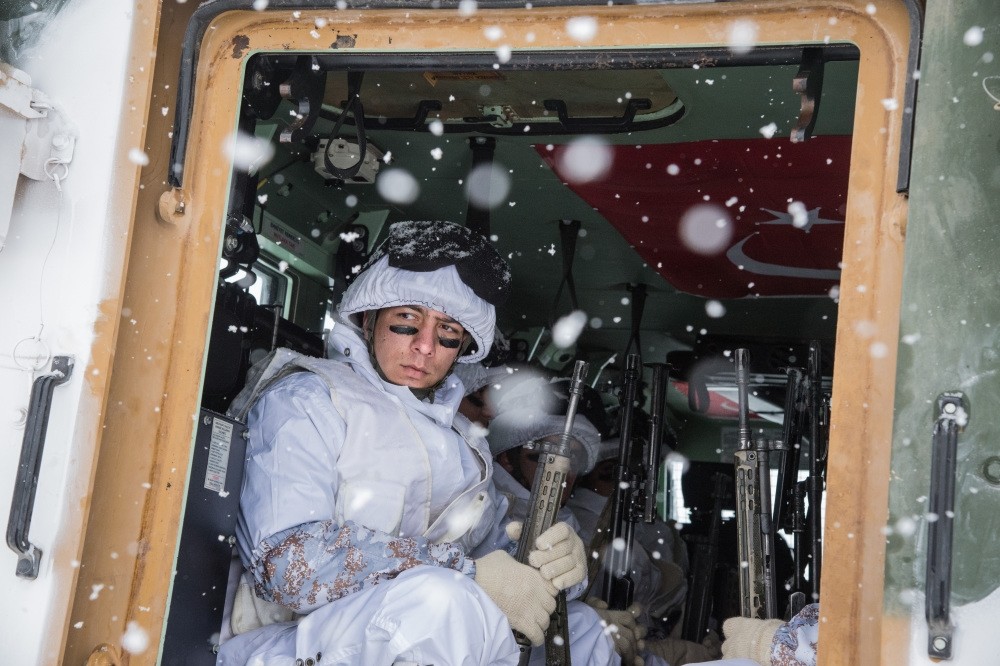 Despite quite harsh winter conditions and temparatures at minus 30 degrees, the Turkish military has been cracking down on the PKK and radical leftist groups in the eastern province of Tunceli. Terrorist groups in 2016 suffered the biggest blow in years

Turkey is going through a rough period as Turkish security forces conduct counter-terrorism operations both across the country and abroad. Apart from cross-border operations against Daesh and the PKK in Syria and Iraq , the Turkish state has remained unwavering at home in ensuring internal security.

Radical leftist terrorist groups have been a source of concern for the state as well. Outlawed extremist leftist groups, such as the Revolutionary People's Liberation Party-Front (DHKP-C), the Liberation Army of the Workers and Peasants of Turkey (TİKKO), and the Marxist-Leninist Communist Party (MLKP) have terrorized the country for a long time. 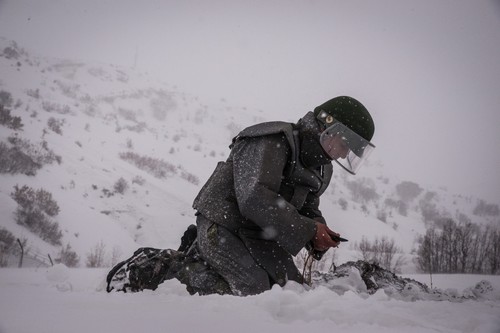 A member of the Landmine and Handmade Explosive Detection and Disposal Team at work.

The aforementioned groups have been quite active in the eastern province of Tunceli. Adopting methods reminiscent of the PKK's former strategy of taking the war to the mountains, militants have sheltered in the mountains of rural Tunceli.

However, 2016 was a year to forget for DHKP-C, TİKKO and MLKP sympathizers. The Turkish Armed Forces (TSK) heavily clamped down on the terrorist groups in the province, causing them to major defeats, according to the military. 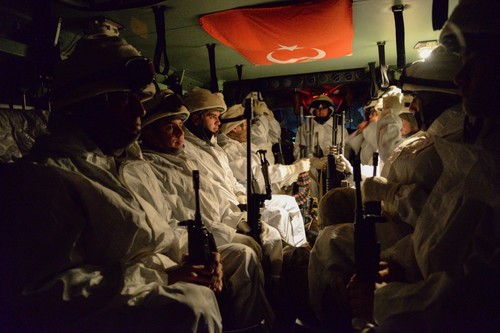 Soldiers in an armored vehicle before departing for a classified operation in rural Tunceli.

I traveled to the Hozat district in Tunceli province where some 4,600 inhabitants reside. Hozat plays a key role in the security of the Tunceli region and has a large-scale military presence. The Hozat 51st Motorized Infantry Brigade welcomed me on a chilly Sunday after I reached the district having landed in neighboring Elazığ province and had taken a minibus ride down a narrow and steep road.

Even though I was assured that the presence terrorist groups have greatly dwindled in the Tunceli region, our minibus was stopped twice along the way by gendarmerie forces "just to make sure." There were several incidents in the past where DHKP-C militants hijacked vehicles of civilians and set them ablaze. 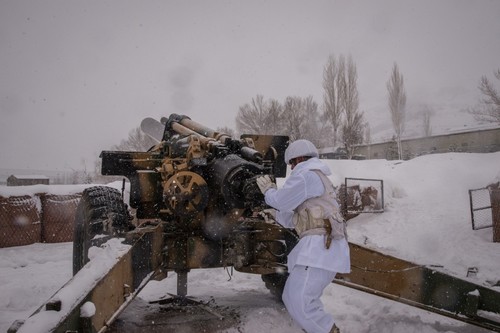 The minute I stepped inside the military base, I could observe that everything was running smoothly and according to a plan. Following my meeting with the brigade commander, I was told to be ready for an operation at dawn in the mountains, only a small part of which I was allowed to cover.

It was quite dark and the wind was brisk. Having worn my military steel helmet and bullet-proof vest, I joined the team. The brigade commander gave the last but short speech to his "heroes." The soldiers were encouraged and strictly told to return to the base safe and sound. 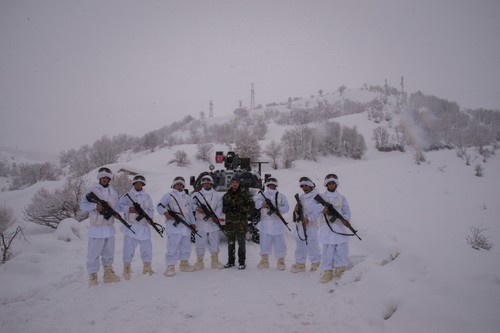 While the soldiers would be transported with Kirpi vehicles, a Mine Resistant Ambush Protected (MRAP) vehicle, I got in a Kobra, also an MRAP. We were seven inside the Kobra, including the driver. A gunner was monitoring the 360-degree-area on a screen in front of him by way of a thermal camera on top of the vehicle. He was ready to shoot any second upon orders, if necessary, along the way. It was no joke. A delay for a second could mean a rocket thrusting through our vehicle. 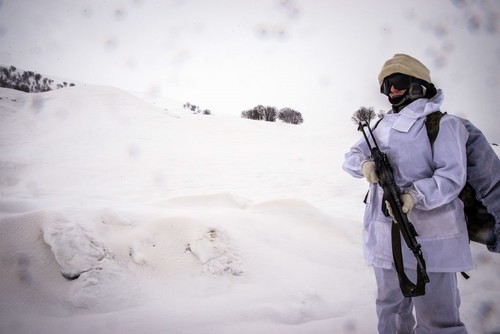 I had always wondered how soldiers running to fronts to fight and possibly die feel or who they think about while sitting in these armored vehicles. I had the chance to experience it. Images of the family and loved ones appear for a short period of time before your eyes while the road takes you to a fierce encounter with terrorists.

Our vehicles practically danced on the icy road. The weather was minus 10 degrees as we departed from the military base and was likely to worsen. Some 10 kilometers away from the base on an icy and steep mountain road, we had to proceed on foot as the snow on the ground made it impossible for the vehicles to drive any further. 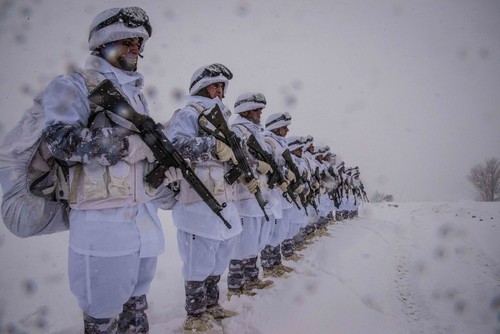 A snowstorm in a minus 30 degree-weather was definitely not Hozat's kindest way to greet us. We walked upright the steep road for a little while. I could photograph the beginning of the operation on foot. After that, I made my way back to the base with a major to photograph some military posts on top of a hill in the region and military drills at the base.

The soldiers went on to carry out the operation, searching the area that was suspected to be used by some terrorists. According to information provided by the Hozat 51st Motorized Infantry Brigade, the soldiers returned to the base safely after a successful operation.

Most effective operations in decades 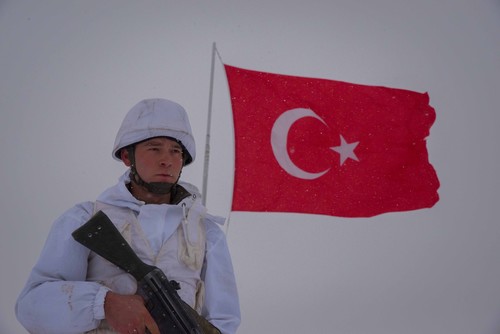 The most comprehensive operation in years was launched in late November 2016 in Aliboğazı, an area near the brigade. The military used unmanned aerial vehicles (UAV), new technology equipment and ground forces in the operation as well as F-16 fighter jets. In the operation, eight terrorists were killed and a number of caves believed to have been used by terrorist groups were destroyed. 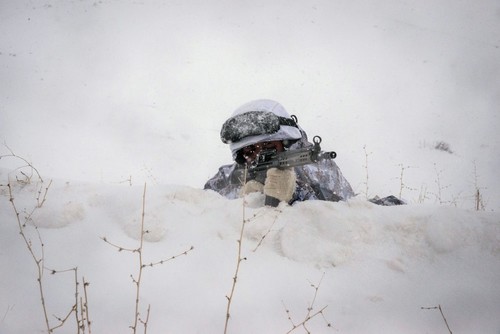 As I sat down with commanders to talk about the counter-terrorism operations in the Tunceli region, they were visibly proud of the results. They all asserted that terrorist groups in 2016 received the biggest blow in recent history.

According to information provided by the military, at least 80 terrorists, including high-ranking ones, were killed. Also, the Landmine and Handmade Explosive Detection and Disposal team (METİ) has proven a backbone for the brigade. As the terrorist groups opt for handmade explosives and roadside bombs to deal a blow to the military, the METİ plays a crucial role. 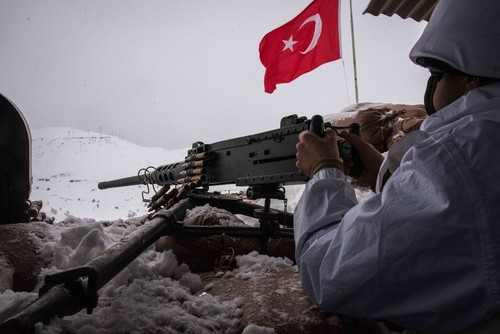 In the past two years, the METİ thwarted eight attacks in the area by detecting and destroying handmade explosives. In addition, dozens of booby-trapped explosives set up by terrorists were destroyed in the Aliboğazı area. 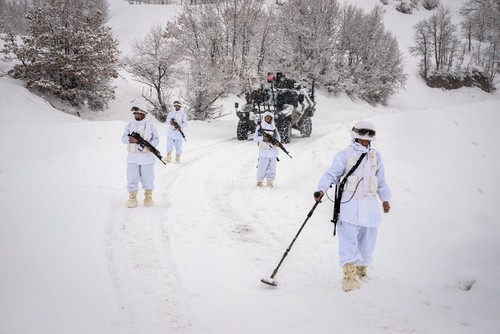 A small military junta, instructed by the Gülenist Terror Group (FETÖ) within the TSK, attempted to stage a coup on July 15, 2016. Even though the Turkish people took to the streets and defied the putschist soldiers, shots were fired against citizens with rifles, tanks and helicopters. However, the coup attempt failed that night. All the soldiers, military officers and generals involved in the vicious attempt were discharged from the army. In spite of the coup attempt, the people of Turkey have stood by the Turkish military. As the army wages separate wars both at home and abroad against different terrorist groups, the people's support keeps morale among the soldiers high. 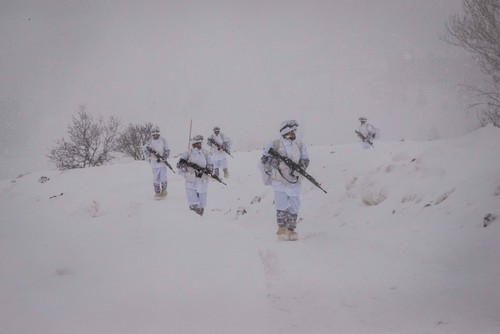 When asked about the coup attempt, soldiers and commanders expressed their frustration and anger. However, I am assured that nothing has put an obstacle in the way of counterterrorism since then.

Commanders also rebuffed speculations that the Turkish military is too weak to be a part of NATO. The military's advanced technology equipment and capabilities on the ground were stressed multiple times during my stay at the brigade.

One cannot foretell whether we will soon witness the death of the last terrorist in the region or the final end of terrorist groups, but the bravery and sacrifice of Turkish soldiers on snowy mountains in the harshest winter conditions is worth more than our appreciation.