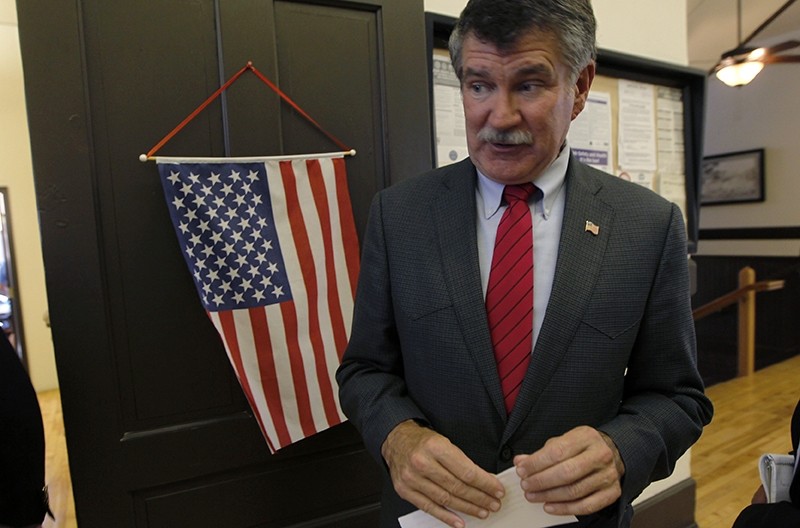 There is an opportunity for the U.S. to reset its relations with important ally Turkey, a former U.S. lawmaker has said, urging President-elect Donald Trump, who is preparing to take over the administration in less than a week, to extradite Fetullah Gülen and fix ties, which were seriously damaged during the Obama administration, in order to combat terrorism and preserve U.S. interests.

Denny Rehberg, who is a former Republican member of the U.S. House of Representatives from Montana's At-large district, and also served as the Lieutenant Governor of Montana from 1991 to 1997, has urged the incoming Trump administration to improve diplomatic ties with Turkey and President Recep Tayyip Erdoğan.

In an opinion piece penned on the Hill, Rehberg highlighted that it is in the best interest of the Trump administration and the American people, to cooperate with Turkey, because Turkey is a crucial NATO ally and can play a leading role in ensuring international security.

"Turkish-U.S. relations are critical to regional security and the management of regional crises" Rehberg said, noting that the violence in Syria and Iraq are spreading to Turkey's borders and pose serious threat to global security, amid tensions between Saudi Arabia and Iran and Russia's growing influence in the Middle East.

"At no time in our history has our relationship with this ally been as critical and as pivotal as it is today" Rehberg said, as he highlighted the threats posed by terrorist organizations including Daesh. He continued by saying that Turkey and the U.S. "must stand side-by-side and face terrorism head-on – as partners."

Rehberg also touched on the importance of addressing Turkey's concerns regarding the extradition of Fetullah Gülen, the leader of the Gülenist Terror Group (FETÖ), which carried out a deadly coup attempt in July 15.

He recognized FETÖ as a problem standing on the way of Turkey-U.S. relations, and said that the terror group will not only pose a threat for Turkey, but also for its allies, including the U.S.

Rehberg criticized the Obama administration for failing to take any steps or action towards Gülen's extradition, despite the evidence provided by Turkey and legal efforts made by Turkish officials.

Noting that the two allies have co-chaired the Global Counterterrorism Forum (GCTF) with the aim to fight the rise of terrorism, Rehberg said that Turkey has taken an active role in global efforts to counter the terror threat.

Relations between Turkey and the U.S. hit rock-bottom during the Obama administration due to a number of reasons. The U.S. has been reluctant to arrest and extradite terror leader Gülen, despite an extradition treaty signed between the two countries. Tensions rose amid Obama administration's support for YPG terrorists, under the guise of fighting Daesh in northern Syria. Turkish officials anticipate that President-elect Donald Trump will not repeat the mistakes made by the Obama administration regarding U.S.-Turkey relations, and expect Washington to extradite Gülen and stop cooperation with the PKK terrorist organization's Syrian offshoot PYD-YPG.