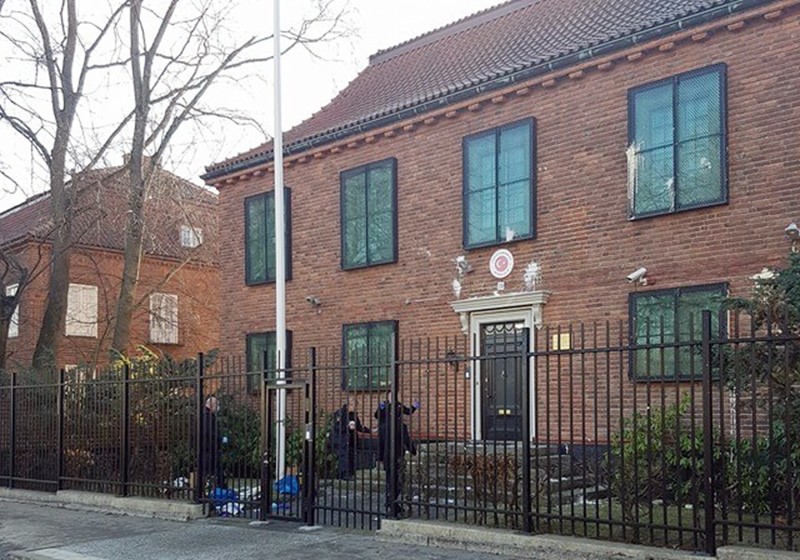 Turkey's Embassy in Sweden has been attacked by two masked men, the embassy said Wednesday.

Many bottles containing white paint were hurled at the embassy in Stockholm early in the morning, the embassy said in a statement.

It said surveillance camera footage shows the attack was carried out by two masked persons.

Swedish police are investigating the attack.

This was not the first time Turkish institutions in Sweden have been attacked. A group of suspected supporters of the PKK terrorist organization attacked the embassy last November.

They also used bottles with paint and stones. The PKK shared footage of the attack on social media as terrorist propaganda, but following a police investigation the posts were deleted.

Moreover, a Turkish Culture Center in the city was also targeted by unknown attackers who pelted stones at the building and its affiliated Rinkeby Mosque.

No casualties were reported from the attacks.

The PKK, designated as a terror group by Turkey, the EU and the U.S., has been conducting armed, terror acts in mainly Turkey's southeast for three decades and claimed the lives of 40,000 people, including women and children.