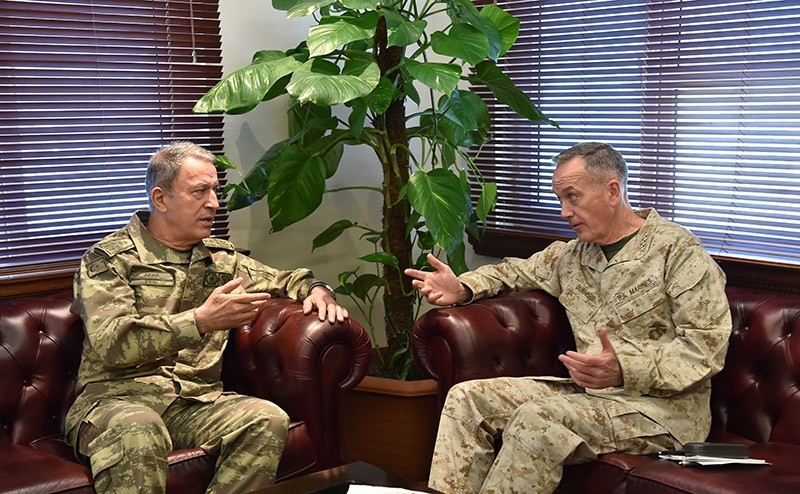 Chief of General Staff Gen. Hulusi Akar has held an inter-committee meeting with his U.S. counterpart General Joseph Dunford at İncirlik Airbase in Turkey, the Turkish military said on Friday. The meeting focused on a number of issues, including Turkey's fight against Daesh, the current situation in al-Bab, and the role of coalition forces in the region.

General Akar reportedly told his counterpart that the Turkey-backed Free Syrian Army (FSA) forces have achieved success in their fight against Daesh in northern Syria since the beginning of Operation Euphrates Shield on Aug. 24.

He noted that local people who left their homes in the area have now started to return, as the operation has taken control of the region and the forces now focus on search for explosives and mines.

Akar also noted that it is crucial for Syria and Iraq's territorial integrity to be protected, and the fight against terrorism to continue, while he highlighted that the support of coalition forces is significant in this regard.

The two generals had similar meetings in recent months, and the last one took place in December when Gen. Dunford visited Gen. Akar in İncirlik and the two countries agreed to work on a plan to seize and hold the Syrian city of Raqqa, the so-called capital of the Daesh terrorist group.