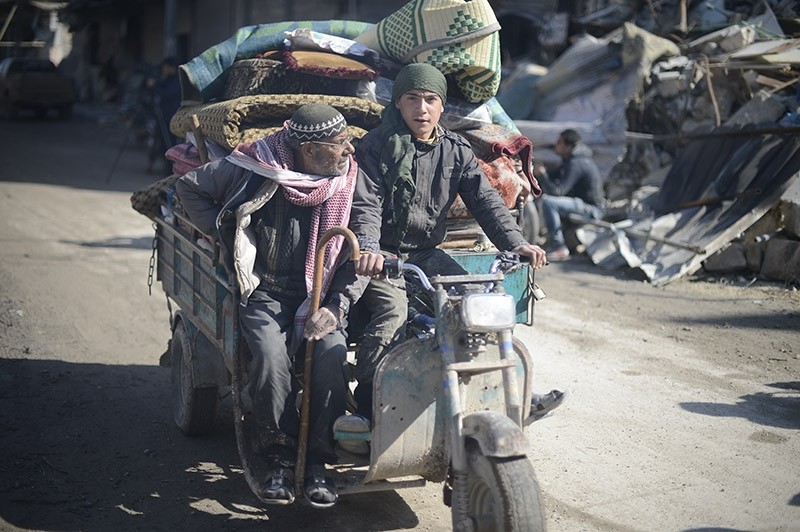 People from northern Syrian city of al-Bab are trying to get back to normal life by returning to the city, which was freed from the Daesh terror group by Turkish armed forces and the Free Syrian Army (FSA) as part of Operation Euphrates Shield on February 23.

The streets of al-Bab look alive again, with children playing, new shops opening and peddlers selling fuel with cans, while the returned Syrians search for personal items under the wreckage of their homes.

The infrastructure of al-Bab was heavily damaged during the clashes between Daesh terrorists and FSA units, leaving the city without any electricity or water.

Currently, generators provide much needed electricity to the citizens, while water is obtained from nearby wells.

Al-Bab's citizens are also facing problems due to the lack of functioning bakeries in the city. Non-governmental organizations try to meet the bread needs of the Syrians, who previously fled the city to nearby towns and villages due to the terrorist violence.

Muhammed Ebu Keşe, a representative of Turkey's Diyanet Foundation (TDV), said that there were currently 10,000 people living in al-Bab.

The foundation distributes bread and packages filled with basic food to citizens in need.

Turkey launched Operation Euphrates Shield on August 24, 2016, declaring that it was exercising its right to self-defense codified under United Nations Charter Article 51. A National Security Council press release on November 30, 2016 stated that the operation's objectives are to maintain border security and to confront Daesh terrorism within the framework of the U.N. Charter.

On February 23, Turkish army and FSA units cleared the northern Syrian town of al-Bab from Daesh terrorists in a successful operation.