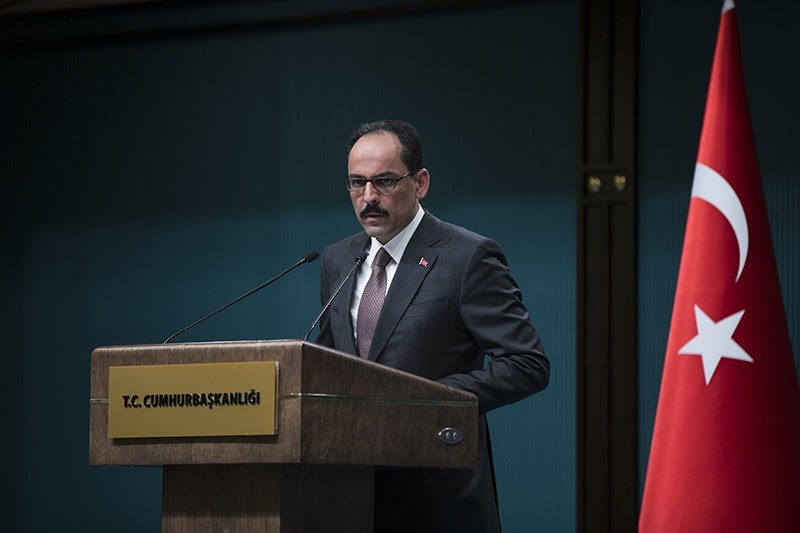 Presidential Spokesperson Ibrahim Kalın said in an interview late Friday that a no-fly zone could have prevented the Assad regime's chemical attack in Syria's Idlib.

Speaking to CNN's Christiane Amanpour, Kalın said that with the recent retaliation against the Assad regime's attack, Trump showed that chemical attacks will not go unpunished.

Kalın said that the U.S. response and position at the UN Security Council is encouraging in that they are ready to put pressure on the Assad regime so that the political process can move forward.

The presidential spokesperson also said that they are also in talks with Russia, and that the recent attacks of the Assad regime undermined the Astana process to which both Turkey and Russia are committed.

He urged all parties - including the international coalition, Russia and Iran - that have influence over the Assad regime not to undermine the Astana process.