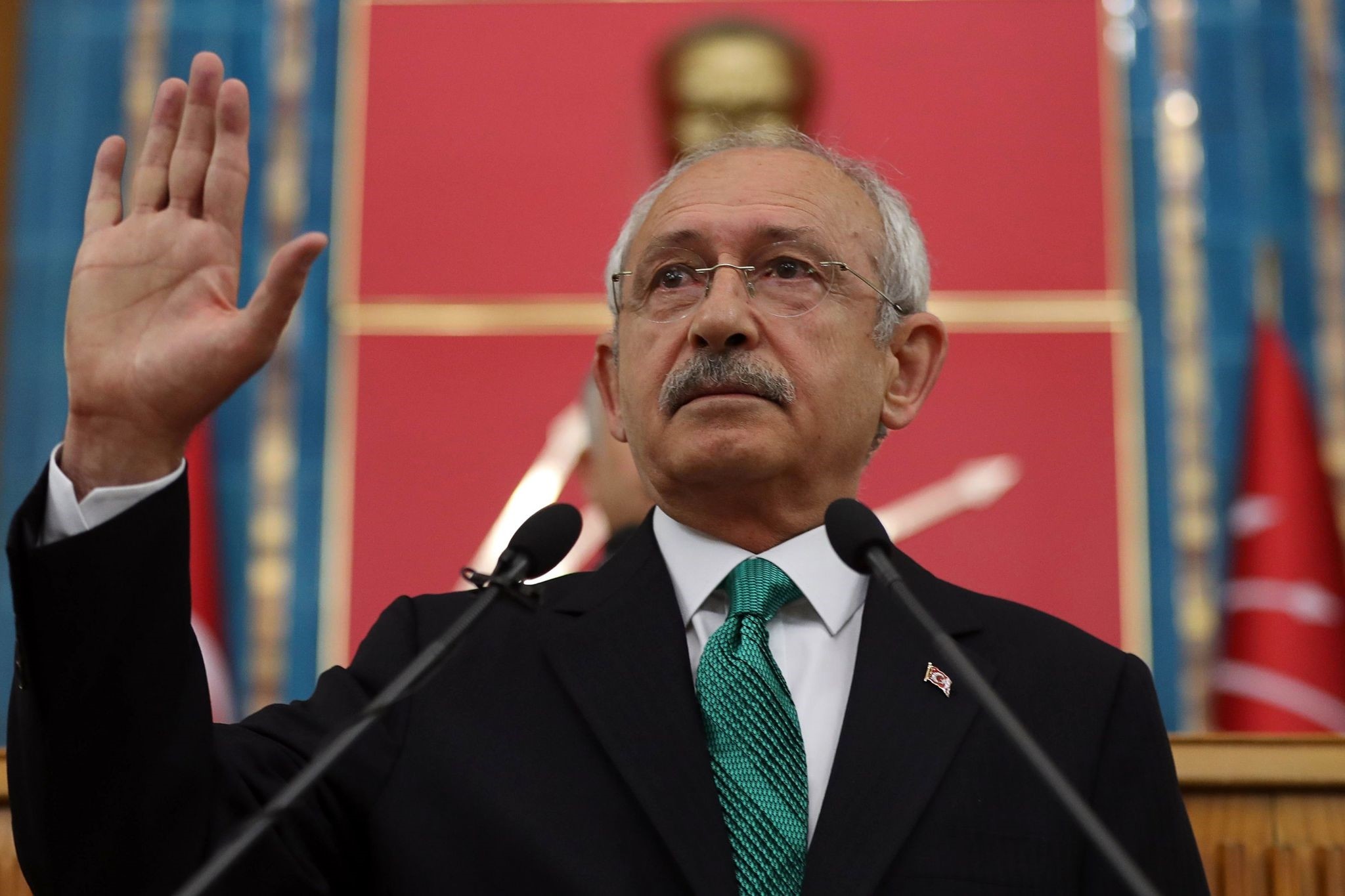 The opposition parties may suffer from internal disturbances such as the race for the chairmanship position or division into two separate parties following the referendum results, experts say

Turkey's historic April 16 referendum resulted in a landslide victory for "yes" voters with a margin of 1.4 million votes. In the winning "yes" side the ruling Justice and Development Party (AK Party) has already started to prepare a road map to legislate adjustment laws which are necessary to implement the new presidential system. Meanwhile, for the opposition parties, the referendum results are likely to ignite intraparty turbulence, new leadership races and it may even start searches for new political parties.

The main opposition Republican Peoples' Party (CHP) that lead the "no" campaign has a long history of internal rivalries and extraordinary congresses. CHP Chairman Kemal Kılıçdaroğlu got his seat after his predecessor Deniz Baykal's resignation following a sex tape scandal in 2010. Since then, Kılıçdaroğlu has lost three general elections, two referendums and one local election, however, he still insists on keeping his chair. Nevertheless, the internal party rivalry against Kılıçdaroğlu is expected to be more visible after the referendum.

According to Dr. Nebi Miş, who is the director of the Politics Department at Turkey's leading think-tank, the SETA Foundation, CHP leader Kılıçdaroğlu and the party administration will create rhetoric saying 48 percent was given directly to them, thus claiming their success.

"Kılıçdaroğlu will determine a position to maintain his current position in the party. He will try to further delay the discussions [on changing the party leadership]," he said.

Thus, CHP spokesperson Selin Sayek Böke's statement on Wednesday, which claimed that they may withdraw fromParliament, also, can be considered as the CHP administration's efforts to distract attention to delay intraparty discussions.

"However, there are to be frequent debates between the Kemalist group and Kılıçdaroğlu's team as soon as the heat of the referendum fades away. These debates were held previously but because Kılıçdaroğlu had changed the entire party delegation, they [intraparty opposition] were unable to do anything," Nebi Miş said.

On the other hand, political scientist Dr. Tanju Tosun from İzmir Ege University stressed that the main opposition party will not have a rather "sharp" confrontation within itself.

"I believe that the CHP will not have a very sharp confrontation. The reason for that is the CHP supporters are to accept the 48 percent as a success. However, despite that fact, there may be attempts to gain the chairmanship position within the party by taking this referendum result as an opportunity. And this is understandable for a political party such as the CHP," Tosun said.

He further said that CHP's success would truly be questioned if the "no" votes remained under 40 percent while the failure, in that case, would be blamed on Kılıçdaroğlu and his administration, Tosun affirmed, adding that "48 percent is a balancing percentage."

"Most likely Kılıçdaroğlu is thinking about maintaining his position as party leader until 2019. In 2019, he will probably nominate himself as a presidential candidate in the new system and because candidates cannot run for both seats [president and deputy] Kılıçdaroğlu won't be able to become a deputy if he is not elected president. From my understanding, he will then make decisions towards his future," he added.

On the other hand things are looking even more complicated for the Nationalist Movement Party (MHP). Even though the MHP administration declared their support to the amendment package, preliminary results showed that a great majority of the MHP voters sided with the "no" campaign in the constitutional reform referendum.

For instance in MHP chairman Devlet Bahçeli's constituency, Osmaniye, the AK Party and MHP votes were above 81 percent in November, whereas in the referendum, "yes" votes made up only 58 percent of the total. Additionally, in central Anatolia, where the MHP has a traditionally strong voter base, the MHP camp only added to the AK Party "yes" votes by 2 percent or 3 percent.

Tosun noted that, "When comparing the 'yes and no' votes in the scope of provinces to the Nov. 1 elections results of the MHP, it is evident there is serious amount of MHP voters, particularly in Central Anatolia, the Mediterranean and Aegean, had leaned towards 'no'."

"This means that the MHP's executive administration was unable to convince its voters. If there is a case of inability to convince then we can say that there is a willingness to begin a new movement by the voters," Tosun said.

"I personally assess this new political establishment to be not like the MHP's projection but rather more close to a right-wing tone party when considering the naysayers from April 16," he added.

In addition, MHP dissident Meral Akşener has reportedly knuckled down to form a new party after she was expelled from the MHP in September 2016. According to claims in Turkish media outlets, Akşener is in efforts to gather her team around the Nationalist Turkey Party (MTP), as far as sources in lobbies are concerned. However, yesterday, Akşener rejected such claims on her Twitter account.

In line with this development, Dr. Tanju Tosun emphasized that the nationalist supporters may enter a quest regarding MHP's fate.

Touching upon the developments regarding the opposition MHP, Nebi Miş from SETA reminded of the nationalist party delaying its provincial and district congresses due to Meral Akşener's affiliation to the Gülenist Terror Group (FETÖ).

"Following the referendum, MHP will hold its own congresses and determine its provincial and district administrations. On the other side, because the MHP cannot reconcile with its intraparty opposition, Meral Akşener will try to interfere with the provincial congress members of the party. If not successful in that, she [Akşener] may aim to establish a political party in the scope of political conjecture and developments. However, the Akşener ideology is not only an Akşener ideology; it is evident that she is being supported by FETÖ," he said, adding that, "In the process after this, there will be duality within the MHP, especially with the FETÖ-backed Akşener expected to become a candidate."