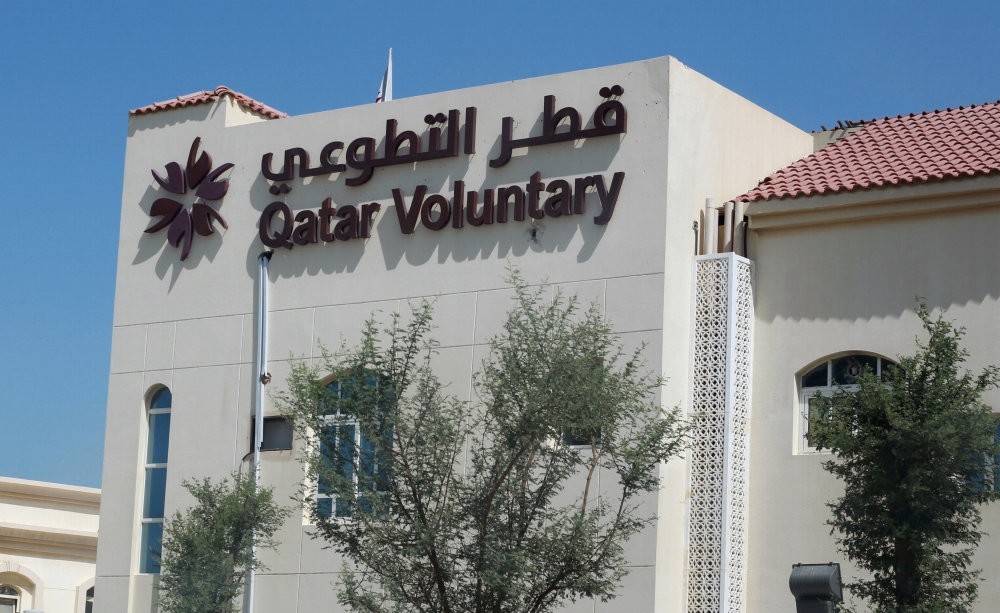 The photo shows the building of Qatar Voluntary Center, one of the NGO's listed as terror-linked organizations, in Doha, Qatar, June 9.
by Daily Sabah Jun 10, 2017 12:00 am

As Turkey and several states push to ease tension in the Gulf, the group of states that have imposed political and economic blockade against Qatar have issued a list of individuals and NGOs for their alleged links to terrorists. Among the individuals was Yousef Al Qaradawi, a prominent moderate Muslim scholar

A joint statement from Saudi Arabia, Bahrain, Egypt and the United Arab Emirates (UAE) late on Thursday accused 59 individuals and 12 charity organizations in Qatar of having links to terrorism, local media reported. The list includes the International Union of Muslim Scholars' Egyptian chairman, Yousef el-Qaradawi, and Abdullah bin Khalid, a former interior minister of Qatar. The declaration was rejected by Qatari authorities, who also said the blockade imposed by the Gulf countries was a violation of international law. PAGE 6

The joint declaration said the list was the result of what it claimed were continued violations by the Qatari authorities of previous commitments and agreements, including "the commitment to not support or shelter elements or groups that threaten the security of countries."

"This is in light of its commitment to fighting terrorism, drying up the sources of the funding of terrorism, combating extremist ideology and the instruments of spreading and publicizing it," the statement read, according to Qatari media outlets.

Thursday's statement added the list would be updated with new individuals and organizations based in or funded by Qatar.

Qatar on Friday dismissed the terrorism blacklist, saying the accusations are baseless. "The recent joint statement issued by the Kingdom of Saudi Arabia, Bahrain, Egypt and the UAE regarding a terror finance watch list once again reinforces baseless allegations that hold no foundation in fact," Qatar's government said in a statement.

Doha does not support terrorist groups, it stressed, pointing out that "our position on countering terrorism is stronger than many of the signatories of the joint statement – a fact that has been conveniently ignored by the authors."

Also, Qatar's foreign minister Thursday rejected interference in his country's foreign policy, ruling out a military solution to a crisis that has seen Riyadh and its allies cut ties with Doha.

"No one has the right to intervene in our foreign policy," Sheikh Mohammed bin Abdulrahman al-Thani said. "We are an independent country with sovereignty," he said, rejecting tutelage from other states.

In a bid to drum up support for his country with the crisis showing no signs of abating, the minister made a surprise visit Friday to Germany where he pledged to pursue a diplomatic path out of the deadlock.

"The actions taken by Saudi Arabia and its allies amounted to "a clear breach of international law and won't result in a positive impact on the region but will have a negative one," he said, also hitting out at the terrorism blacklist.

"There is a continuous escalation from these countries ... but our strategic options are still diplomacy and dialogue," Sheikh Mohammed said after holding talks with German Foreign Minister Sigmar Gabriel.

Turkey has been trying to do its best in mediating efforts as well. Aware of the need to maintain stability in the region amid the deadly conflicts in Syria, Iraq and Yemen, Ankara promptly turned to diplomatic channels on Monday, as Erdoğan called Qatari Emir Thani, Russian President Vladimir Putin, Kuwaiti Emir Sheikh Sabah al-Ahmed al-Sabah and Saudi Arabia's King Salman bin Abdulaziz.

Ankara displayed its support to Qatar as Parliament approved two deals envisaging a deployment of troops to an air base in Qatar. Ankara's move to deploy troops to the small country is expected to increase stability and help Turkish peacemaking efforts function better. The deal to deploy troops to Qatari soil, which is expected to improve the country's army and boost military cooperation, was signed in April 2016 in the Gulf country's capital Doha. The deal was approved by Parliament after a period of one year.

Sergey Lavrov and Javad Zarif met on the sidelines of the Shanghai Cooperation Organization summit in Kazakhstan's capital Astana. "We talked about process in the Syrian settlement and how this process and our common efforts can influence the history around Qatar," Lavrov said, according to Tass.

Lavrov said Iran and Russia shared the same position on resolving the dispute between Qatar and states led by Saudi Arabia through dialogue. "Our president and your representatives said this crisis should be resolved at the negotiation table so that all concerns can be removed through dialogue," Lavrov added.

Countries severing ties with Qatar this week over its alleged support of terrorism designated dozens of people with alleged links to Qatar as "terrorists" on Friday, including prominent Muslim scholar and International Union for Muslim Scholars President Yousef al-Qaradawi.

Qaradawi is known as a moderate Islamic scholar. 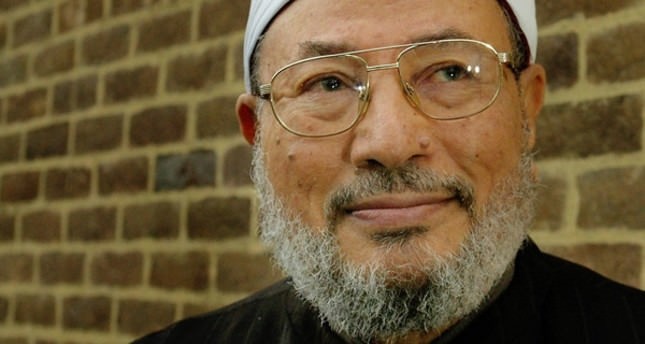 In the more than 100 books that Qaradawi has written, he reflects on various dimensions of Islam. In his works, he dwells on issues of religion, such as fiqh (Islamic jurisprudence), Islamic economics and philosophy, the unification of Islamic thought and general knowledge of Islam. His rulings have usually reflected the balanced nature of Islamic law and its relevance to modern life.

Many people consider Qaradawi as the religious leader of the Muslim Brotherhood even though he has not officially been named to the position. He has remarkable influence in Egypt and is considered one of the most important Sunni-Muslim clerics of the generation and a spiritual authority for millions of Muslims around the world, including the Hamas movement.