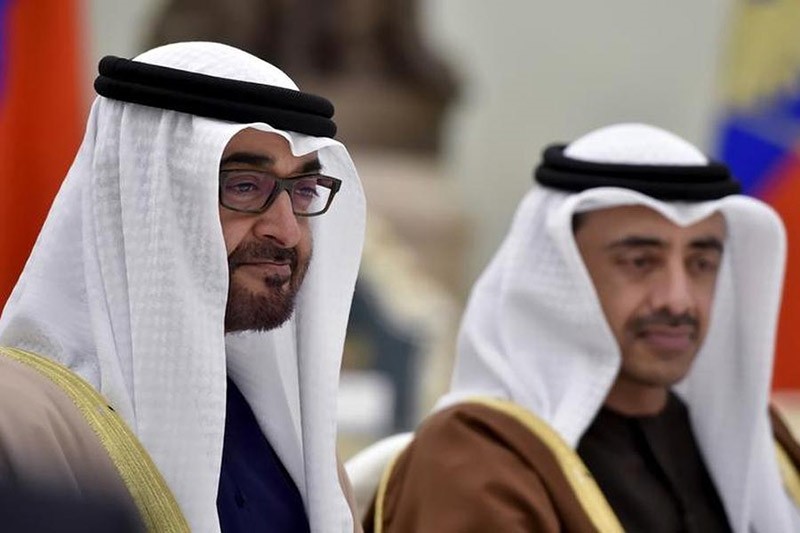 After President Erdoğan said 'Turkey knew which Gulf countries were happy with the coup attempt on the night of July 15, some eyes are turned to the UAE, which allegedly funneled money to coup plotters before July 15 and still continues spending to topple the president and the democratically elected government in Turkey

Mehmet Acet, a columnist for Yeni Şafak daily, said Foreign Minister Mevlüt Çavuşoğlu hinted at a Muslim country "spending $3 billion to topple Erdoğan and the government in Turkey," while lending support to putschists in the July 15 coup attempt, as well.

According to Acet, Çavuşoğlu said: "We know that a country provided $3 billion in financial support for the coup attempt in Turkey and exerted efforts to topple the government in illegal ways. On top of that, it is a Muslim country."

The columnist claimed that the Muslim country was the UAE, claiming the funneled money was to topple Erdoğan and the Turkish government.

Speaking to Daily Sabah regarding the claim, Acet said sources from the Turkish Foreign Ministry confirmed the Muslim country was indeed the UAE. "The minister did not name the country. However, sources from the foreign ministry have confirmed that it was the UAE," Acet told the paper.

Deputy coordinator of the Ankara-based Foundation for Political Economic and Social Research (SETA), Professor Muhittin Ataman, said the UAE has already engaged in attempts against the Turkish government since the beginning of the Arab Spring, adding that it did not abstain from diplomatic and economic costs in this regard.

Shortly after the July 15 coup attempt carried out by the Gülenist Terror Group (FETÖ), David Hearst of the Middle East Eye claimed the owner of the Al-Ghad TV Channel, Mohammed Dahlan, had transferred money to the terrorist group for the attempted coup.

According to a piece written by Hearst in the Middle East Eye on July 29, Dahlan allegedly transferred money to FETÖ putschists in the weeks before the coup attempt and even communicated with Fetullah Gülen through a person close to him. Dahlan reportedly has close links to the UAE.

On the night of the coup attempt, UAE media reported that the Gülenists were in fact successful. The July 15 coup attempt was thwarted in the early hours of July 16 after Gülenist putschists fired on civilians, killing 249, and bombed Turkish Parliament, as well as trying to raid the house where President Erdoğan was staying that night.

Last week, President Erdoğan said Ankara knew which Gulf countries were happy with the coup attempt on the night of July 15. "We know very well who was happy in the Gulf when there was a coup attempt in Turkey. We have an intelligence agency if some have it. We know very well who spent that night and how."The president also stressed that Turkey has knowledge of how some countries have spent money in this regard.

Stressing that the UAE is involved in activities in areas of unrest, Ataman said: "We know that the UAE carries bags of money from Somalia to Egypt where there is an uprising. Their anti-Turkey activities seem to be in line with their policy."

FETÖ leader Gülen appeared on Al-Ghad following the coup attempt, calling on the West to topple Erdoğan. He claimed that Turkey was being "dragged into a civil war" and called on the West to immediately overthrow the ruling Justice and Development Party (AK Party) government and get rid of President Erdoğan.

In addition, some emails allegedly stolen from the inbox of Yousef Al-Otaiba, the UAE's ambassador to the U.S., revealed that the UAE might have been involved in the July 15 coup attempt.

In one of the emails obtained by The Intercept, senior counselor John Hannah of the pro-Israel, neo-conservative think-tank the Foundation for Defense of Democracies (FDD) sent Otaiba an article claiming that both the UAE and the FDD were responsible for the July 15 military coup attempt in Turkey, saying he is "honored to be in the UAE's company."