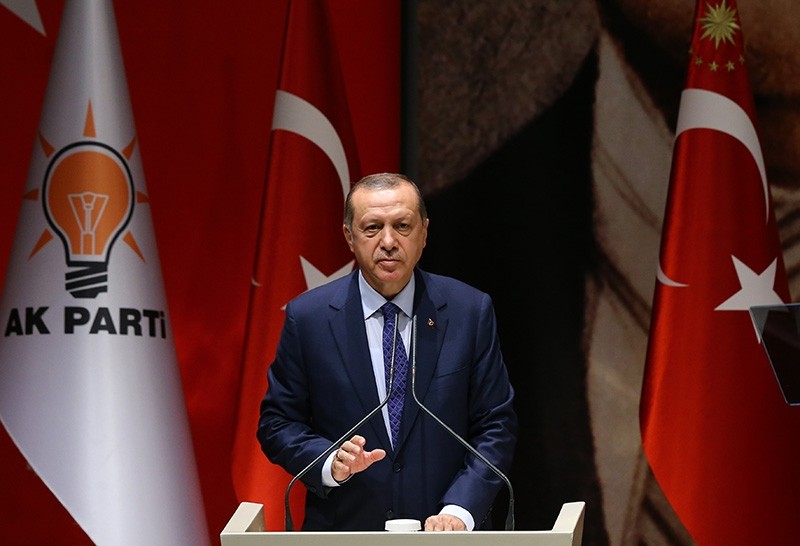 Turkey will not let the Gülenist Terror Group (FETÖ)-led July 15 coup attempt to be forgotten, President Recep Tayyip Erdoğan said Saturday, as Turkey prepares to commemorate the anniversary of hundreds of people who sacrificed their lives for the sake of democracy.

Speaking at a meeting for the Justice and Development (AK Party) Party's provincial heads, Erdoğan said that Turkey will never allow the brutal coup attempt to be forgotten and the attempts to prevent perpetrators to be held accountable for their crimes.

"We will never let July 15 to be forgotten, or this betrayal to be concealed" Erdoğan said and added that Turkey is aware of its responsibility to ensure justice for the sake of those who have sacrificed their lives opposing FETÖ coup perpetrators on the night of July 15.

Last year's deadly coup July 15, undertaken by FETÖ operatives within the military, failed due to serious public backlash. The government declared a state of emergency a few days later, allowing the firing of tens of thousands of public servants linked to the terrorist group. The government has also set up a commission to review objections to the firings.

FETÖ, led by Fetullah Gülen who currently resides in Pennsylvania, U.S., through its operatives within the judiciary, police, military, other state agencies and media, persecuted anyone they deemed as opponents over the years. FETÖ, recognized as a terrorist group by Turkey, is also active across the world through what they call educational institutions, which are mainly used to generate funds for their illicit activities and recruitment.

The president also said that the party will seek to revive its local organizations, by replacing "exhausted" members with more dynamic, productive, enthusiastic and visionary counterparts.

He highlighted that this revival is necessary to boost the party's strength ahead of the 2019 elections.