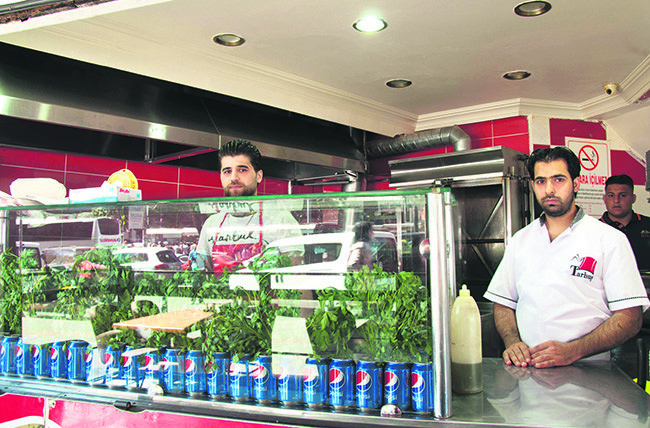 According to experts, the reason behind some recent provacations of Syrians in Turkey were fuelled by xenophobia and fake news, exaggerated on social media

Rather than going to Europe, many Syrians prefer living in Turkey since Turkish society is very welcoming and friendly to Syrians, although several media outlets claim the opposite.

Yusufpaşa is a neighborhood in the Fatih district of Istanbul, known now for its large Syrian refugee population. Walking through the district, one can see numerous Syrian cafes, restaurants, jewelry stores, barbershops and more all next to Turkish ones, demonstrating that the region is a place where the two societies meet, interact and live together. That is to say, there is an "organic integration of Syrians into Turkish society", as Merve Çalhan, a sociologist and Daily Sabah op-ed contributer, describes it, since "they are no longer visitors in Turkey."

Vejdi, 30, a Syrian man who works as a waiter in a Turkish-owned cafe in the district, points to Turkish society's embracing nature as the main reason he stays in Turkey. "Many Syrians prefer to stay here rather than going to Europe since the Turkish public is much more welcoming and we have a really good social life here with Turks," he said, adding that although he hears about some provocative incidents from time to time in the media, he has never seen such an incident with his own eyes.

According to the head of Immigration and Refugee Services of the Turkish Red Crescent, Bayram Selvi, the problem of provocative news and incidents in society is not specific to Turkey or Syria, since there is xenophobia all around the world, as well as of Islamophobia. "It cannot be expected for Turkey to not be influenced by this trend," he said. Selvi also pointed out that there are various fake, provocative news stories that circulate around the media regarding Syrian refugees, which eventually affect the public and leads them to react against it.

"Since our cultures are very similar, we have bonded quickly. Only the language has been an issue," said the chief of the restaurant who is a "very close friend" of Vejdi and five other Syrians who work with them. Ahmet Baybars, a 38-year-old Turkish man, while indicating that when he sees such incidents in papers and on TV, he automatically assumes that it is provocation. "We have many Syrian colleagues here and neither their salaries nor their working conditions are different from ours. We are like a family here," he added.

Turkey, for the third consecutive year, has the largest number of Syrian refugees worldwide, as the number of people displaced from their homes around the world due to war and persecution climbed slightly to a record 65.6 million last year, according to a U.N. report released recently. Turkey has taken in the largest number of Syrians with 2.9 million at the end of 2015. It has since exceeded 3 million, according to the United Nations High Commissioner for Refugees.

Enver, 34, who has a barbershop in the district and did not want to give his surname due to security concerns, also said his discomfort at news regarding Syrians. "The news is very disturbing. Once, when I was eating at a restaurant, there was a robbery nearby. The thief was a foreigner, but not a Syrian. Yet still, everyone started to complain about Syrians and how they always do such bad things. If I hadn't seen the incident with my own eyes, I might have believed what they said," he said, adding that Syrians are being accused of every bad thing, although there are bad people everywhere in every society. 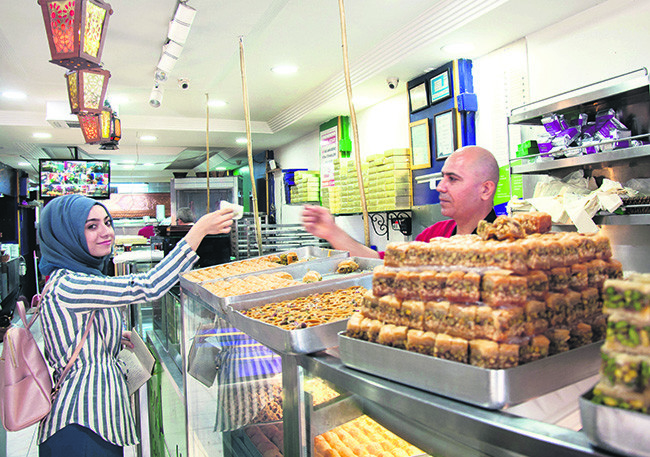 As the conflict in Syria intensified and the prospect of a return for the refugees to their country dimmed, Turkey has stepped up its efforts for further refugee integration. Work permits were granted to refugees in 2016. Turkey, the European Union and UNICEF have formally launched an EU-funded project aimed at encouraging Syrians and other refugees in Turkey to enroll their children in schools and prevent them from dropping out. Overall, Turkey has spent around $25 billion helping and sheltering refugees since the beginning of the Syrian civil war.

Referring to her studies on the issue, Çalhan further said that Syrians constantly express their gratitude to Turkish society since local communities always assist them in case of the need, especially as far as financial issues are concerned. "There is gossip news that spreads around society that creates tension, such as Syrians' taking wages from the government or their being the reason behind the rise in the unemployment rate. Apart from all this, the local communities actually try to help Syrians via foundations or local organizations, as Syrians also confirm," she said.

Although the relationship was a little distant at first between the two societies, in time it has been overcome, as Izzet, 41, who works at the Salloura confectionary shop put it. "Compared to the past, the number of our Turkish customers increased dramatically. We have many Turkish customers now," he said, adding that the incidents that make the headlines are actually personal issues that are turned into political problems. "They do not represent reality," he said.

In terms of the number of Turkish customers, not all Syrian-owned stores share a similar experience with Salloura. According to Baybars, some customers do not even enter the café just because they assume that it belongs to Syrians, although it does not. He said that 80 percent of their customers are Arab. Similarly, Ahmet Abu Wadfa, 32, who works as a waiter in a Syrian-owned restaurant, said that their customers are strictly Arabs. "Not only Syrians, but all Arabs."