Survey: Over half do not support Kılıçdaroğlu's march 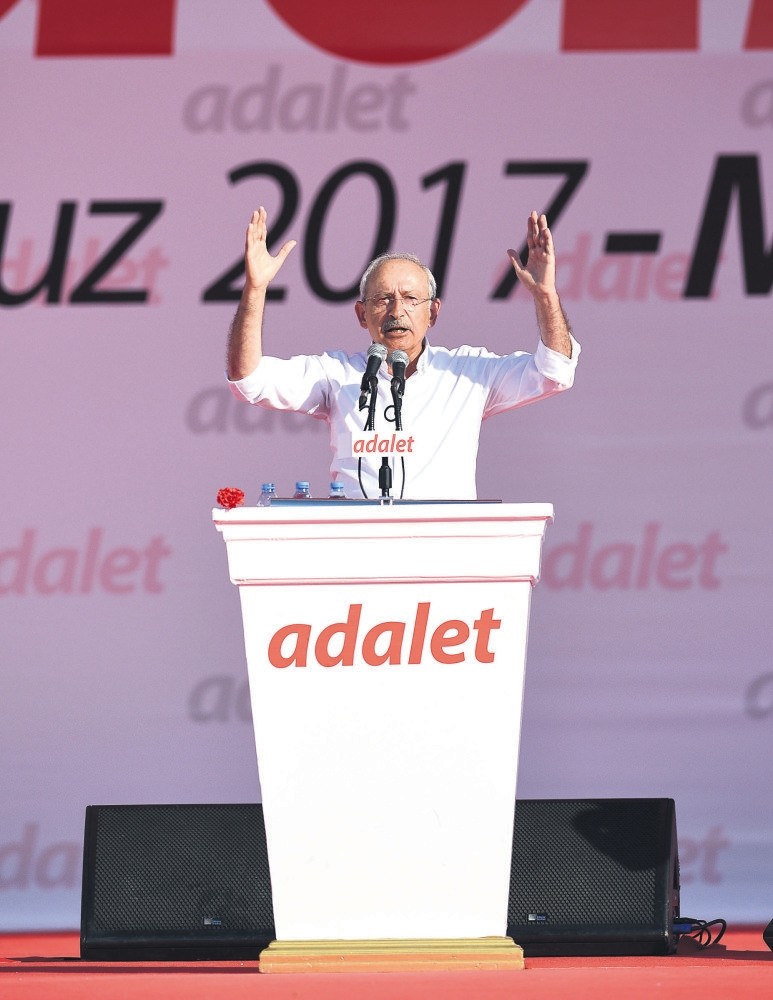 More than 53.5 percent of participants in the survey said they did not support the march while 42.8 percent said they did and 3.6 percent declined to answer.

The survey also found that at least 93 percent of people who voted for the April 16 referendum did not support Kılıçdaroğlu's justice march and the remaining 7 percent of the yes voters did.

Even though the pro-PKK Peoples' Democratic Party (HDP) openly supported the march, the survey found that 14.2 percent of participating HDP supporters were against it.

The survey found that the majority of opposition Nationalist Movement Party (MHP) supporters were also against the march, with more than 50 percent against it.

Some 42.8 of the MHP supporters, however, said they supported Kılıçdaroğlu's justice march and 7.2 percent declined to answer.

The 68-year-old CHP leader embarked on a 430-kilometer journey on June 15 after CHP Deputy Enis Berberoğlu was sentenced to 25 years in prison in the controversial National Intelligence Organization (MİT) trucks case from January 2014. The march ended with a rally in Istanbul on Sunday.