OIC expresses solidarity with Turkey on anniversary of coup attempt 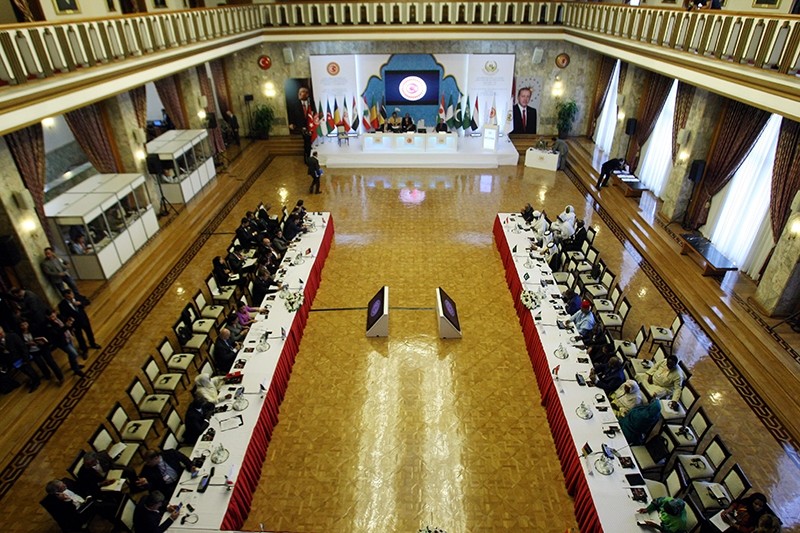 The Organization of Islamic Cooperation (OIC) reiterated support for Turkey on the first anniversary of a failed coup attempt.

In a statement issued Saturday, the OIC reiterated its condemnation of the failed coup, launched last year by Gülenist Terror Group (FETÖ) elements within the military that killed 250 people and injured nearly 2,200 others.

The Gülenist Terror Group (FETÖ) and its U.S.-based leader Fetullah Gülen are accused of orchestrating the defeated coup and being behind a long-running campaign to overthrow the state through the infiltration of Turkish institutions, particularly the military, police, and judiciary.

OIC Secretary General Yousef Al-Othaimeen recalled that the OIC Council of Foreign Ministers had adopted a resolution in October 2016 that showed the OIC's full solidarity with Turkey in their fight against FETÖ.

He went on to wish the Turkish government and people more success in addressing the challenges facing the country.

The OIC declared FETÖ a terrorist group in October 2016.

Established in 1969, the OIC is the second largest intergovernmental organization in the world with 57 current member states and describes itself as "the collective voice of the Muslim world."