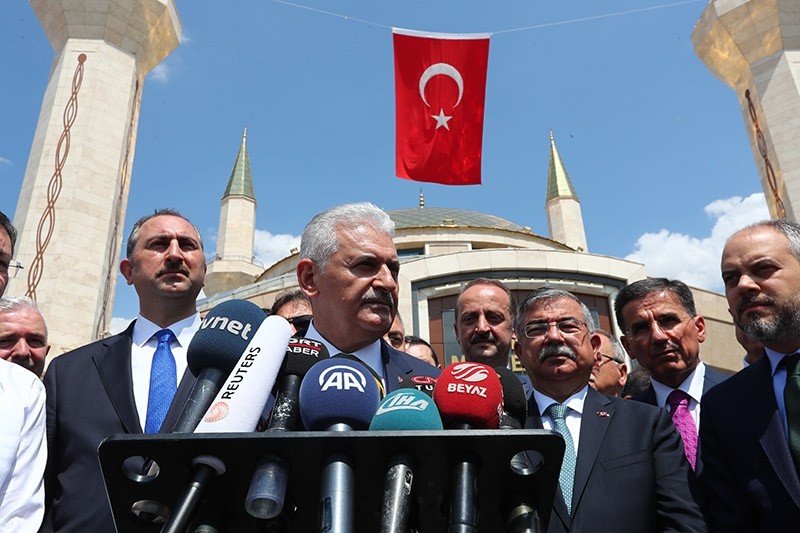 Prime Minister Binali Yıldırım said Friday that security measures adopted by the Israeli government around the Al-Aqsa Mosque in Jerusalem's Old City were fundamentally wrong, adding that the new restrictions would complicate prayers for Muslims at the holy site.

Speaking to the press after attending Friday prayers in Ankara, Yıldırım underlined that denying Muslims entry to the Al-Aqsa Mosque would not contribute to a solution for the ongoing crisis in the region.

"Making such a radical decision over terror threats will lead to unrest in the region, and hurt interreligious tolerance," the prime minister said.

Yıldırım also stressed that the Islamic world's sensitivity to this issue was at its peak, adding that he hoped everything would return to normal soon.

Israel previously installed metal detectors at the entries of the Al-Aqsa Mosque after a nearby attack killed two police officers.

The Israeli police most recently banned men under the age of 50 from entering Jerusalem's Old City for Friday Muslim prayers, increasing tensions.

Palestinians believe that the devices and latest restrictions are an attempt for Israelis to widen control over site, which is of religious significance to those of both Muslim and Jewish faiths.

Israel occupied East Jerusalem during the 1967 Six-Day War. It later annexed the city in 1980, claiming all of Jerusalem as the Jewish state's capital -- a move not recognized by the international community.