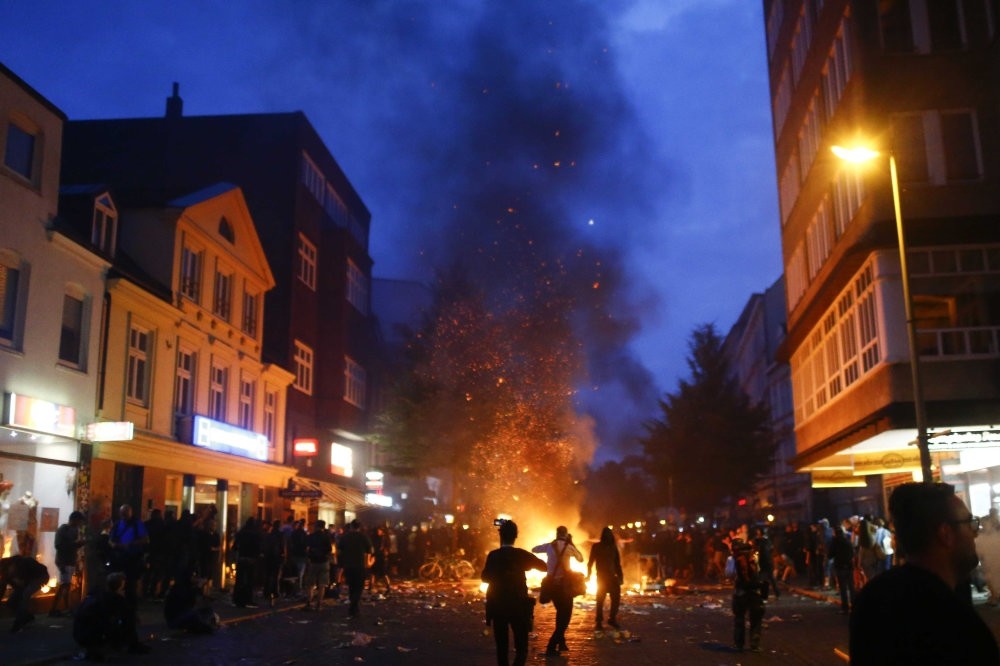 Despite various measures taken, the G20 summit in Hamburg witnessed a large number of violent riots, while previous summits, such as Antalya 2015, were held peacefully with only minor incidents

The 12th G20 summit took place in Hamburg July 7-8. Although the main focus of the summit was intended to be on issues such as global economy growth, international trade, financial market regulations and migration, ongoing protests that persisted for days both before and after the meeting overshadowed the summit itself. The scale of the protests, which mainly had an anti-capitalist stance, was much larger compared to those of previous G20 summits.

Before the summit itself, the authorities took numerous security measures across the city amid fears of possible reactions from protestors. For example, limited-access security zones were provided and a large number of Hamburg police officers, assisted by other security forces as well, were in place July 5-8. Additional measures were taken as protests developed, including additional reinforcements to security forces from across the country. Lastly, a no-fly zone was also provided for some parts of the city.

Yet, none of these measures were enough to stop protests from happening. There have been several violent and non-violent protests, only 25 of which were registered. There have been car fires, arson attacks on railway tracks, torched cars, looted shops and hurled Molotov cocktails and stones. In addition, there have been larger scale protests including an alternative Global Solidarity Summit on July 5-6 and a peaceful dance-protest-march that was attended by between 11,000 and 20,000 people on July 5. One of the largest non-violent protests titled "Solidarity without Borders" was attended by approximately 76,000 people on July 8, along with the participation of 174 groups and organizations. Yet, not all the protests were non-violent nor ended peacefully. Especially, on July 6, protests turned violent when over 160 police were injured in clashes with protestors and more than 75 people were arrested. Protests continued even after the summit ended and the leaders returned to their home counties.

Meanwhile, supporters of the PKK terrorist group also actively rallied in the Hamburg protests during the G20 summit with banned posters and flags, despite the German government's decision to prohibit such symbols. Dozens of PKK followers carried flags of the PKK's Syrian offshoot, the Democratic Union Party (PYD), and of the terrorist organization's imprisoned leader Abdullah Öcalan. Although the Turkish government has repeatedly urged German authorities to take measures against the PKK, which also has been outlawed in Germany since 1993, the German police did not intervene in the protests.The response by security forces to the protests was harsh, as well. German police used water canons and pepper spray to disperse protesters, even deploying a machine gun-wielding unit in Hamburg to stop violent protests. The police arrested 186 people in total while 225 people were taken into temporary custody. Overall, 476 police officers suffered injuries ranging from cuts and firework burns to eye damage from laser pointers. At least 35 rioters still remain in provisional detention and the investigation of the criminals continues, backed by tremendous support according to the Kriminalpolizei (Criminal Police Force). Further, at least half of those detained are foreigners. Due to the nature of the riots and the fact that rioters are wearing black clothing and face masks, it is very hard for authorities to provide substantial evidence and prosecute specific individuals.

Many Hamburg residents criticized local authorities for choosing Hamburg for the hosting of the usmit, arguging that the city lacks the capacity to host such an event. According to an Emind poll, the majority of Germans, 59 percent, believed the riots damage the image of their country. Others, however, questioned why the German government chose a city like Hamburg for hosting the summit, which is known for the leftist tendencies of its residents. Hamburg, a seaport which is Germany's second biggest city, has a strong radical, leftist tradition. It was also home to an al-Qaida cell that carried out the Sept. 11 attacks on U.S. targets in 2001.

Proven to be a wrong decision, the authorities accepted their failure in conducting the summit, with the mayor of Hamburg Olaf Scholz even apologizing to Hamburg residents for the violence that gripped the city during the summit. The German police also admitted that despite 18 months of preparation, security forces were "surprised" by the extent of the violence.

While numbers at the Hamburg summit reflect the results of the protests predominantly, the numbers from previous G20 meetings, such as the one in Antalya in 2015, generally focus on the number of people hosted alongside the promising outcomes of the meetings itself. The 10th G20 summit held in Antalya on Nov. 15-16, 2015 with the participation of 60,000 foreign visitors from around the world in total, brought together 13,000 officials and delegates from member states as well as 3,000 journalists who were following the summit. Approximately 30,000 security personnel were deployed to Antalya to secure the meeting from across the country, and was one of the most intensive security operations Turkey has had to carry out in its history. As a result, the event did not face any protests, while just 20 people were arrested for suspected links to Daesh in Antalya a week before the city hosted the G20 summit.

Although the main objective of G20 summits is usually centered on economic issues, in 2015, since the meeting took place after the Paris terrorist attacks that killed 132 people, the agenda evolved mainly around political issues, among other things. Further, the G20's primary goal to achieve "strong, sustainable and balanced growth" changed with the addition of "inclusive growth" to the list by the Turkish Presidency.

On the night of Nov. 13, 2015, groups of Daesh terrorists - wielding guns and wearing explosives - conducted a three-pronged assault on Paris - at the stadium, in local cafes and at a music hall. Daesh claimed responsibility for the attacks and many of the attackers were killed on the same night, with three of them being shot by police after taking hostages in the Bataclan Music Hall. 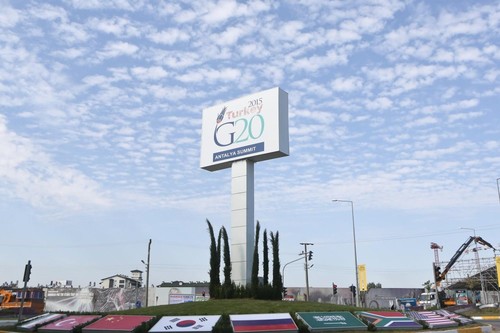 In addition, the Antalya summit itself was quite fruitful in terms of the results of it such as a joint anti-terrorist declaration being made, in contrast to the Hamburg summit. At the Hamburg summit, there have been no major achievements in terms of any of the main points on the agenda that were discussed. The most important incident during the event was the meeting between Russian President Vladimir Putin and U.S. President Donald Trump.

In between Antalya and Hamburg, there was the 2016 G20 Hangzhou Summit, which was the 11th meeting of the G20. It was held on Sept. 4-5, 2016 in the city of Hangzhou, Zhejiang. The main agenda topics for the summit, which took place in a very peaceful environment, were the pollution in China and climate change alongside the economy-related subjects. There were also several measures taken in China before the meeting - but not for overcoming protests - as it was in Hamburg, but for diminishing the negative effects and the overall scope of air pollution in China. For instance, only some vehicles were allowed around the city before the meetings while most of the residents were allowed to have a break and were encouraged to leave the city for a few days. The summit was also important since it was the first one in China and the second one in Asia.