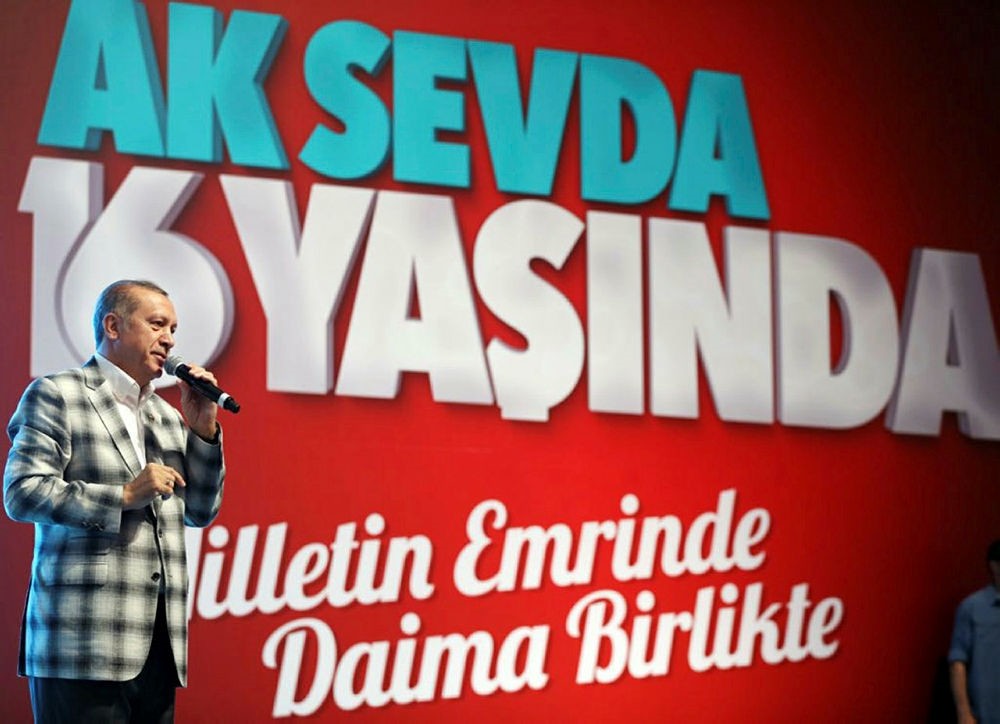 President Recep Tayyip Erdoğan said Sunday that the ruling Justice and Development Party (AK Party) must be dynamic and aim for greater goals while steering away from stagnation in a time when both Turkey and world are changing rapidly.

Speaking at a party rally in the southern city of Antalya, Erdoğan warned party members not to drag the party into stagnation, saying that those who become a burden to the party would be "pulled off the road" and those who carried out their duties with enthusiasm would be welcome to remain.

The president reminded members at the rally that the AK Party needed to gather at least half of the public's support to elect a president after Turkey's switch to the presidential system from a parliamentarian one.

Erdoğan also reiterated that members with links to the Gülenist Terror Group (FETÖ) or PKK had no place within the party.

The ruling party has entered a new era following President Erdoğan's return to the party in late May. After constitutional changes were approved in the April 16 referendum, which allowed President Erdoğan to re-establish his ties with the AK Party, the party held an emergency convention on May 21.

Since then, the Cabinet has been reshuffled and Erdoğan has repeatedly spoken of "mental fatigue" within the party. "Our fellow friends in successful branches will, of course, continue their duties, but I guess you can also agree that a comprehensive change is needed in our local administrations," Erdoğan said earlier in July.

Meanwhile, the AK Party's deputy chairman in charge of administration, Mustafa Ataş, said that between 300 and 350 district heads would be replaced in the upcoming period.