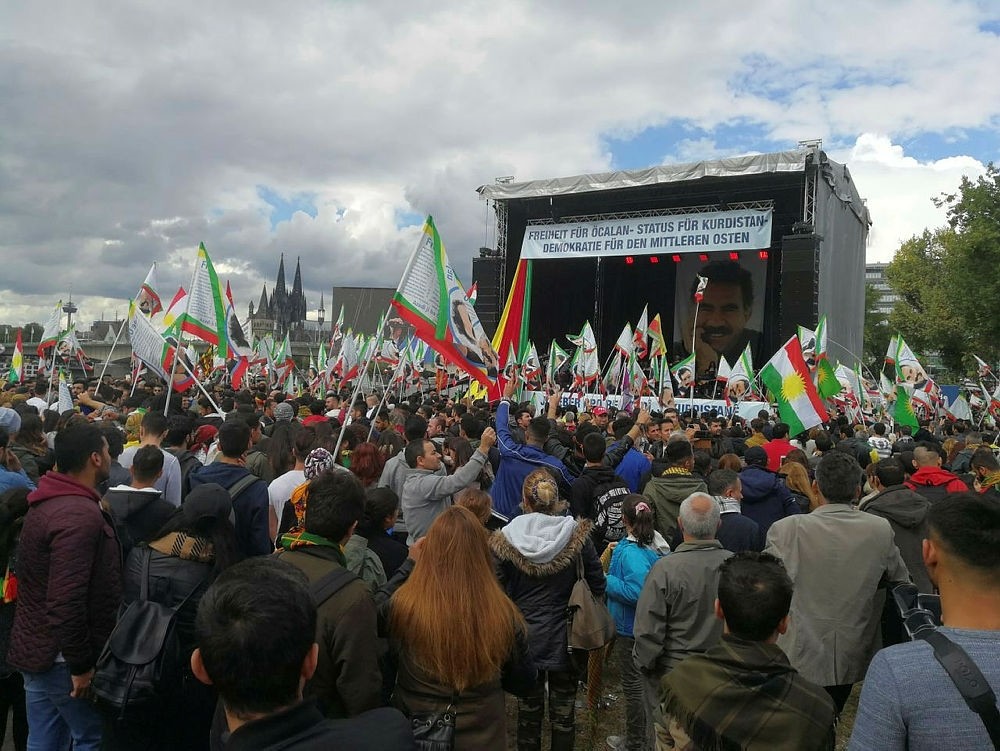 Turkey's Foreign Ministry has summoned the German Ambassador, Martin Erdmann, Saturday after a mass gathering of supporters and sympathizers of the outlawed PKK terrorist organization in Cologne.

The ministry condemned German authorities for allowing the demonstration, organized in support of the PKK's imprisoned leader, Abdullah Öcalan, and the group's goal for independence in the region.

Berlin previously allowed a march to be held under a slogan bearing the name of the imprisoned leader of the PKK, despite the German Interior Ministry having passed a ban on the brandishing of 33 symbols linked to the PKK in March, including the PKK flag and photos of Öcalan.

According to a recent report from the German Interior Ministry in 2016, crimes committed by PKK followers in Germany increased by a staggering 97.6 percent, with 1,597 cases reported. Many of the incidents involved PKK followers violating demonstration and assembly laws, the report noted.

Ankara has long criticized what it calls Germany's indifference to the activities of various terrorist groups within its borders. Although Berlin outlawed the PKK in 1993, authorities have been reluctant to take strong measures against the organization's activities, ignoring repeated warnings from Ankara.

According to Germany's domestic intelligence agency, the Federal Office for the Protection of the Constitution (BfV), the PKK has nearly 14,000 followers among the ethnic Kurdish population in Germany.