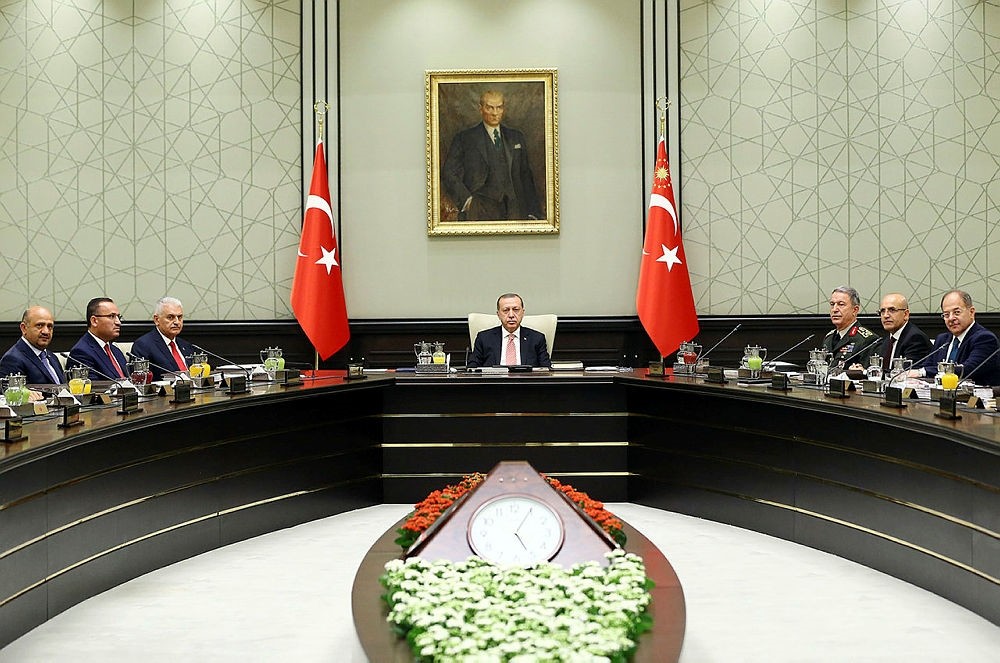 A statement released after the closed MGK meeting, which was held under the presidency of President Recep Tayyip Erdoğan and lasted over three hours, said Turkey will reserve its rights stemming from bilateral and international agreements if the referendum is held despite all warnings, signaling an extension of the military mandate in Iraq.

The statement said that the KRG's insistence on holding the vote despite warnings by Turkey, the Iraqi government and the United Nations will create serious consequences in the region.

Ankara renewed its call for KRG to cancel the referendum "when there is still time," adding that Turkey was ready to support mediating between KRG and the Iraqi central government to resolve disagreements on a constitutional basis.

The MGK meeting was followed by a cabinet meeting that lasted over two hours to discuss the counter-measures against the vote.

Speaking to the reporters following the cabinet meeting, Deputy Prime Minister Bekir Bozdağ said the planned referendum is a direct threat to the Turkish Republic and called on KRG to drop the vote.

He said Turkey is strictly against the postponement of the referendum as it should be canceled once and for all.

"Postponing the vote means facing the same problems in the near future, KRG should give up on its plans to hold the referendum," Bozdağ said.

Amid heated discussions concerning the independence referendum by the Iraqi Kurdish Regional Government (KRG), which has failed to attain international support and which is opposed by Turkey, Iraq, Iran, the U.S. and the European Union, the economic aspect of the post-referendum period also occupies the agenda of the executive branch.

The Turkish Parliament will convene on Saturday, Sept. 23 for an extraordinary session to discuss the extension of the military mandate for Iraq and Syria. The parliament is expected to extend the mandate from Oct. 30 to Oct. 30, 2018, as Turkey's three main parties previously voiced their support for the extension.

If the KRG becomes independent from Iraq, Turkey will have no border with Iraq, a clear violation of the Ankara Treaty, which is still in effect and was signed in 1926 between Turkey, Iraq and the United Kingdom. The treaty clearly states the border line between Turkey and Iraq, and prohibits any attempt to alter it.

"Each of the High Contracting Parties accepts as definitive and inviolable the frontier line fixed by article 1 and undertakes to make no attempt to alter it," the treaty says in the fifth article.

Should the treaty be violated by the KRG, Turkey will have the natural right stemming from the fifth article to take any measures necessary, including a military mandate.