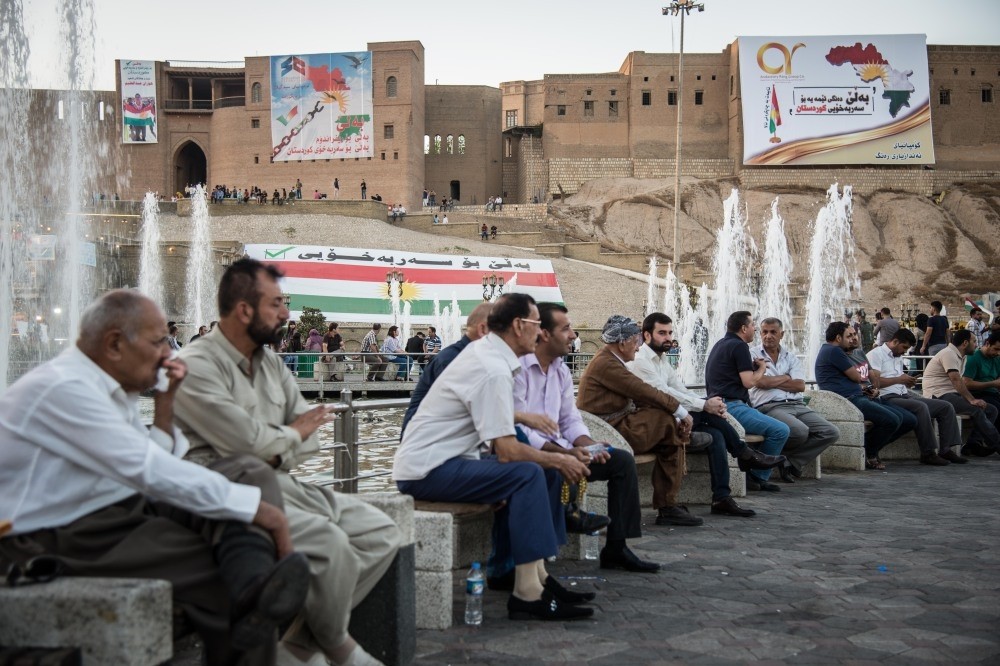 The people of the KRG appear to be stuck between emotions and raw reality.
by Anadolu Agency Sep 25, 2017 12:00 am

Hundreds of Iraqis demonstrated in eastern Iraq on Sunday against a planned referendum on the secession of northern Iraq's Kurdish region.

Protestors, who gathered outside the Baquba city council, waved banners denouncing the Sept. 25 vote and called on local authorities to ban the polls. Iraq's central government has also threatened to intervene militarily if the vote leads to violence.

Kurdistan Regional Government's (KRG) and in a handful of territories disputed between Erbil and Baghdad vote whether to secede from Iraq.

The oil-rich Kirkuk province is cited to be among the disputed territories between the Iraqi central government and the KRG, which is defined in Article 140 of the Iraqi constitution, adopted after U.S. invasion of Iraq and the toppling of Saddam Hussein.

Accordingly, the administrative statuses of these areas were to be determined with referendums by 2007, but the referendums have not yet been held due to political turmoil in the country. Meanwhile, the U.S. embassy in Iraq cautioned its citizens that there may be unrest during a referendum, which is opposed by the central government in Baghdad.

"In particular, U.S. citizens should avoid travel into and within territories disputed between the KRG and the government of Iraq," the travel warning said.

Along with Baghdad, Turkey, the U.S., Iran and the UN have all spoken out against the poll, saying it will only distract from the ongoing fight against Daesh and further destabilize the region.