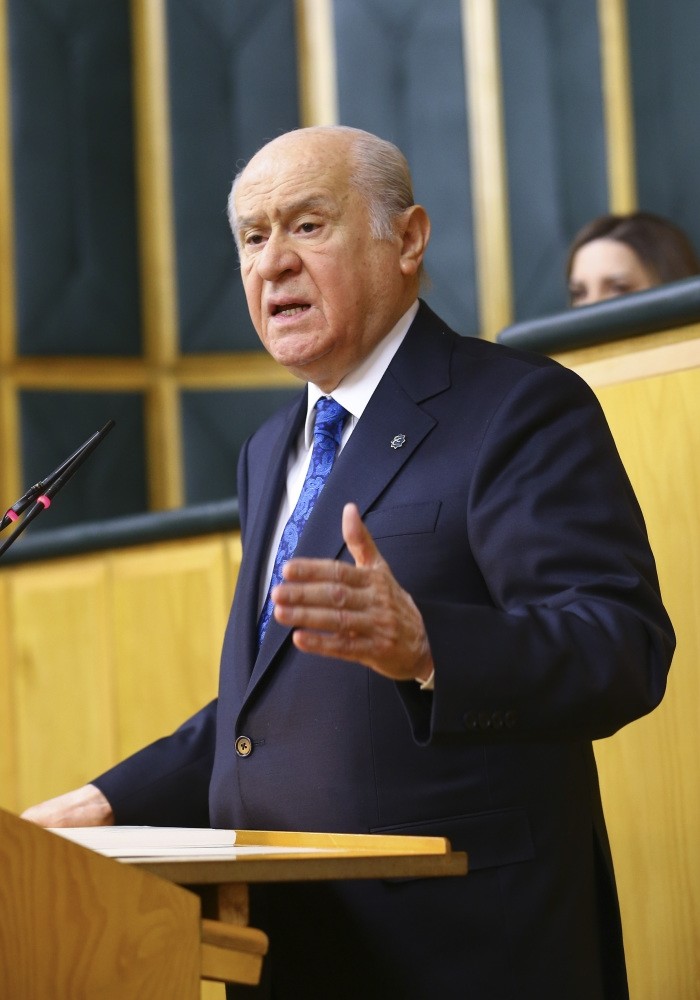 Nationalist Movement Party (MHP) Chairman Devlet Bahçeli said yesterday that Turkey should not keep silent over the Kurdistan Regional Government's (KRG) referendum, urging KRG President Masoud Barzani to cancel the referendum decision. Speaking at the MHP's group meeting in Parliament yesterday, Bahçeli said Turkey should not keep silent on the KRG's referendum decision as it entails a security risk for the country.

"Turkey should exercise its rights in the scope of international treaties, particularly the Ankara Treaty, signed in 1926," Bahçeli said.

He added that he expects the decision of the National Security Council (MGK) to be fully developed and applied.

The MHP chairman said the party fully supports Iraq's territorial integrity, urging Barzani to annul the referendum decision. Bahçeli said the authority of the Iraqi central government should not be debated, adding that Barzani will face serious consequences if he insists on not canceling the referendumresults.

He said the referendum will not be beneficial to anyone, adding that Kurds should also oppose Barzani's referendum.

Bahçeli commented on the Turkmens in Syria and Iraq, saying they have suffered greatly since 2003 and stressing that the MHP will always back the Iraqi Turkmens, reiterating that 5,000 MHP supporters are ready to help Turkmens on the ground. "We are not bluffing," he added. He also thanked President Recep Tayyip Erdoğan for his comments on the issue, saying: "In this regard, I would like to extend my thanks to Mr. President who said Kirkuk is a Turkmen city."

He also slammed those depicting the MHP as an enemy of the Kurds, saying, "Our brothers of Kurdish origin are very important to us." He stressed that the MHP aims to ensure peace in Syria and Iraq without discriminating against Kurds or Arabs, adding that the MHP supports the peaceful coexistence of all ethnicities that live together in the region.

Commenting on the cooperation among Turkey, Iran and Iraq, Bahçeli said that he welcomes the military drills conducted by Turkey and Iran near the KRG border.

Bahçeli also conveyed his condolences to the U.S for the Las Vegas attack which claimed 59 lives as well as to France, where a fire claimed five lives. He also said the MHP cannot regard the U.S.'s support of the PKK terrorist organization and its Syrian offshoot, the Democratic Union Party (PYD), as amicable, adding that the U.S. should stop supporting terrorist organizations to help ensure peace in the world.