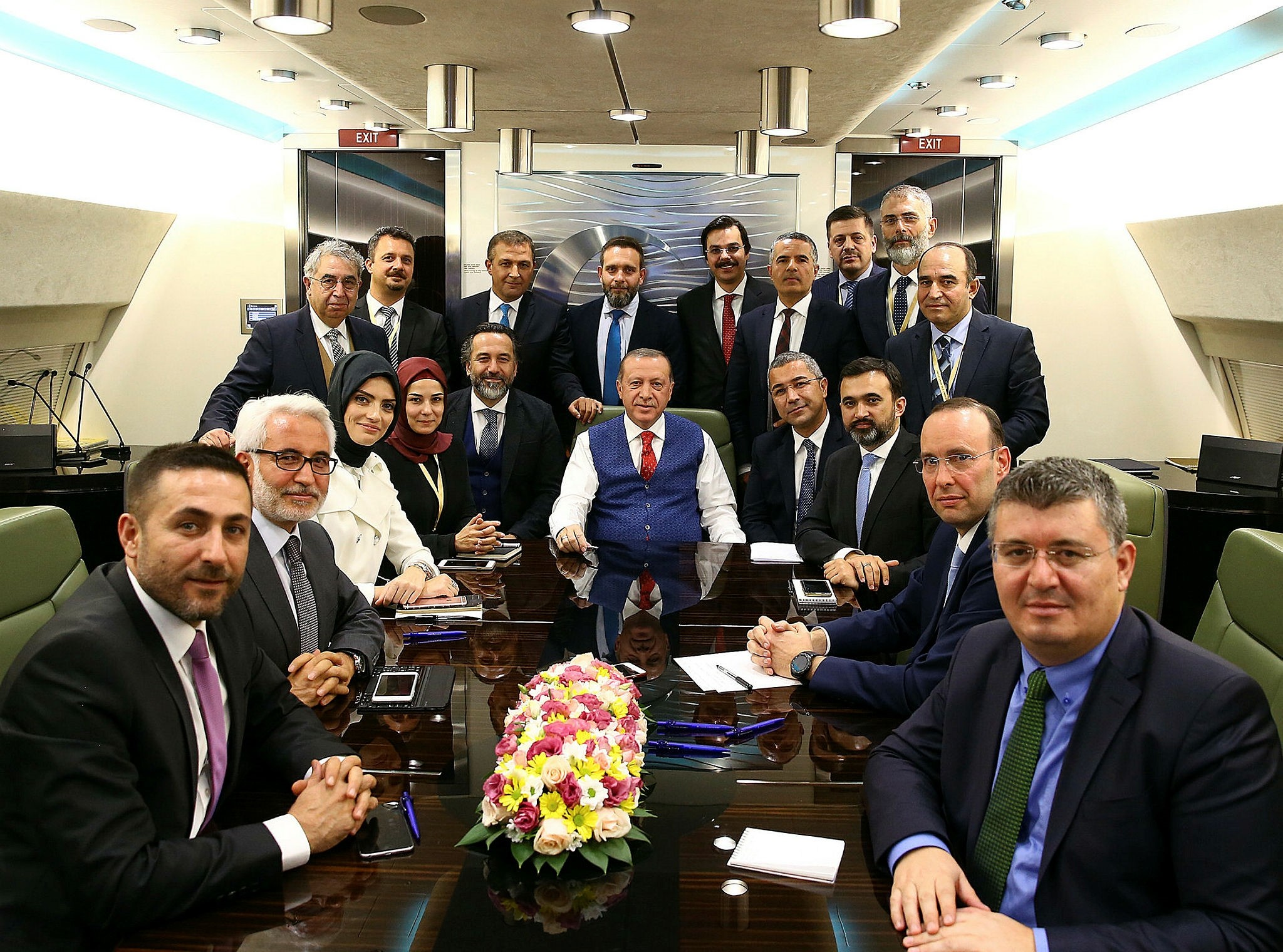 President Recep Tayyip Erdoğan said the recent high-profile resignations from some mayors are a part of the ruling Justice and Development Party (AK Party)'s rejuvenation efforts before the 2019 elections.

Speaking to reporters on his return flight from a one-day trip to Iran early Wednesday, Erdoğan said asking officials suffering from "mental fatigue" to resign should not be regarded as strange, adding that it was the mayors' duty to resign if the AK Party makes such request.

The president said mayors have two options to leave their posts, either by offering their resignation to the party management or by being expelled from the party, removed from their posts over dereliction of duty.

Erdoğan said the party does not wish to choose the latter option.

He denied that the names of officials who will be asked to step aside are decided, saying that assessments are being done and complaints about officials are taken under consideration.

The AK Party has been in power for 15 years and saw a number of changes in its ruling cadres before and after its multiple election wins, but this is the first time that mayors have offered their resignation in such a short period of time.

The ruling party entered a new era following President Erdoğan's return to the party in late May. After constitutional changes were approved in the April 16 referendum that allowed President Erdoğan to re-establish his ties with the AK Party, the party held an emergency congress on May 21.

Since then, the cabinet has been reshuffled and Erdoğan has repeatedly spoken of "mental fatigue" within the party. "Our fellow friends in successful branches will, of course, continue to perform their duties but I guess that you can also agree that comprehensive change is needed in our local administrations," Erdoğan said earlier in July.