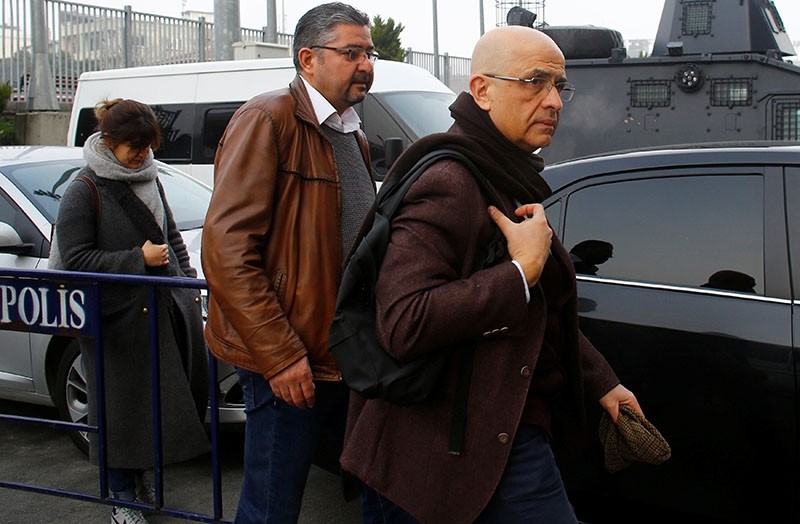 A local appeals court in Istanbul rejected Monday the sentence for main opposition Republican People's Party (CHP) Deputy Enis Berberoğlu in espionage case and ruled for his re-trial under arrest.

On June 14, Istanbul's 14th Heavy Penal Court ruled to sentence Berberoğlu to 25 years in jail for releasing secret documents with the purpose of political or military espionage in the National Intelligence Organization (MİT) trucks case.

Commenting on the appeals court's decision, CHP Deputy Chairman and Party Spokesperson Bülent Tezcan said that the CHP said from the very beginning that the sentence and arrest of Berberoğlu is against the law. "The ruling of the appeals court has proven us right. It is a decision as if it is a lesson to the local court. However, the fact that it did not rule for his release is a great deficiency," Tezcan said, and stated that they expect an immediate ruling for Berberoğlu's release.

The prosecutor had previously asked for a life sentence for Berberoğlu on charges of helping the Gülenist Terror Group (FETÖ) in the espionage case.

Berberoğlu was arrested in the courthouse after the hearing.

The court also ruled that Berberoğlu's files would be separated from those of former Cumhuriyet newspaper Editor-in-Chief Dündar and its Ankara representative Gül, who have both been charged with willfully aiding a terrorist group without being a member.

In January 2014, trucks belonging to MİT carrying aid to northern Syria, where Turkmens had been exposed to heavy airstrikes and attacks from the Bashar Assad regime, were intercepted by security forces on orders of former Adana Public Prosecutor Özcan Şişman and Brig. Gen. Hamza Celepoğlu.

The supplies in the trucks were seized and MİT agents were handcuffed before they were detained. The case stunned the nation, as it was the first time that the military explicitly intervened with the intelligence agency. The operation was conducted hurriedly and the governor of the province was informed about the incident in its latest phase.